The global solar industry continues to grow in 2021, driven not only by the cost effectiveness of solar as an energy source, but also because of high fossil fuel prices. As the costs of coal, natural gas, and oil rise, solar energy becomes a great alternative for countries around the world, and that's fueling solar energy stocks this year.

One of the industry leaders is First Solar (NASDAQ:FSLR), which has long been one of the most profitable companies in solar and is now back in growth mode. The company has broken ground on two new solar manufacturing plants -- one in Ohio, and the other in India -- that will double production over the next three years. Given strong orders and great margins, this is a solar stock that's built to be a great performer long-term. 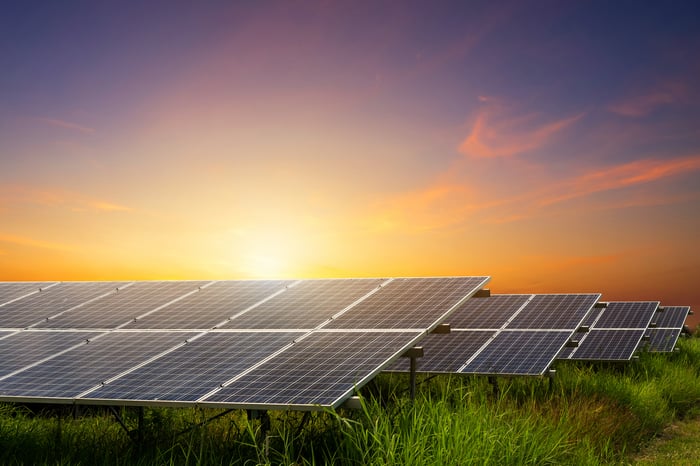 First Solar's balance sheet has always been a strength as well, and cash of $1.9 billion, offset by long-term debt of just $279 million, shows just how solid the balance sheet is. And management expects to end the year with $1.45 billion to $1.55 billion in net cash on hand, despite spending money to build new factories.

What stood out to me in the earnings report was First Solar's 9.8 gigawatts (GW) of orders in 2021 as of the end of September, which left the company with 16.5 GW of backlog as of last week. Management also said that 18.5 GW of its 21.4 GW in mid-to-late stage opportunities were in North America, showing the company's strength in the U.S., where it's the largest domestic manufacturer.

For shareholders, one of the big changes in the last year has been the idea that First Solar could be a growth company long-term. Over the last decade, First Solar's revenue has been volatile, but fairly stagnant or even declining. This is partly because First Solar has exited most of its project development business -- but it's not a great look nonetheless. 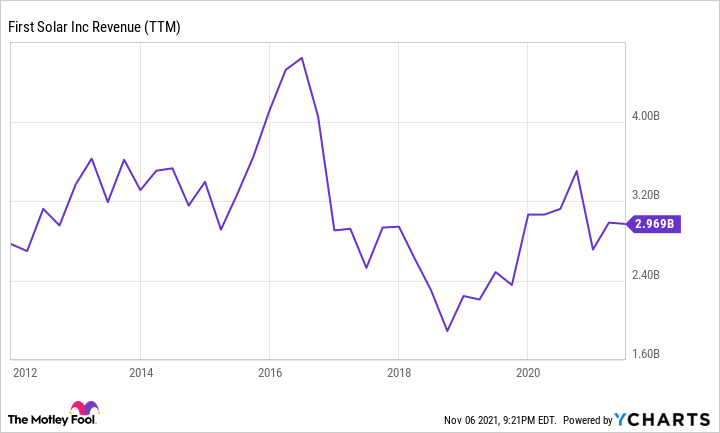 What's changing right now is the capacity expansions coming in Ohio and India. Both plants are expected to produce 3.3 GW of product annually.

For perspective on the growth impact, in the third quarter First Solar produced 2.0 GW of solar panels -- but after both plants are built, production is expected to be 16 GW annually by the end of 2024. These should be high net margin additions to the business, because R&D and other operating expenses can be leveraged at these new facilities.

Management still expects to report $4.00 to $4.60 in earnings per share in 2021, which means First Solar's stock trades at 27 times 2021 earnings at the midpoint of that range. But that doesn't include the doubling of production by 2024, which could conceivably more than double the company's earnings given the operating leverage First Solar has.

I think this continues to be one of the best solar energy stocks today, and with a rock-solid balance sheet, First Solar is ready for anything the solar industry throws at it.