The streaming-TV platform specialist's stock may be down. But there are reasons for Roku shareholders to keep their heads up.

Shares of Roku (ROKU -3.64%) may have slipped after the streaming-TV company reported earnings last week. But investors shouldn't automatically interpret the stock price pullback as a sign that the company is down and out. In many ways, Roku is executing extremely well and growing very rapidly. But there are also some areas of concern investors will want to keep an eye on in the coming quarters.

Here's a close look at Roku's third-quarter results -- and what they mean for shareholders of the growth stock. 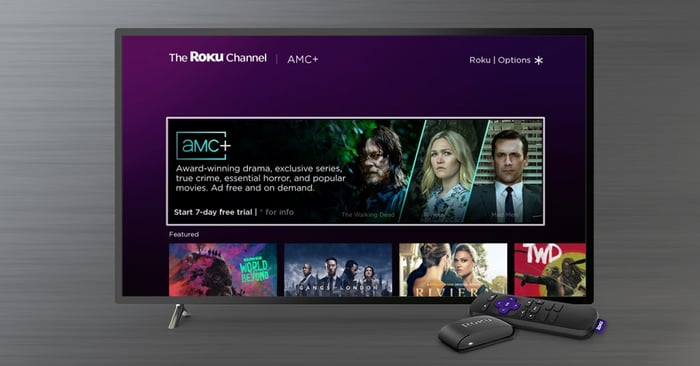 Roku said in its third-quarter shareholder letter that momentum with platform revenue reflects "significant contributions from both content distribution and advertising activities."

Roku's average revenue per user surpassed $40 for the first time ever in Q3, highlighting how well the company is monetizing users on its platform. This figure was up 50% year over year.

Highlighting how critical ads are to Roku's growth story, the company said that total monetized video ads on its platform "nearly doubled year-over-year, driven by strong client acquisition and retention."

4. Strong momentum in its advertising platform

One potential concern from the quarter could be Roku's slowing account growth. The company added 1.3 million active accounts during the period. This is down from the 1.5 million it added last quarter and 2.4 million in Q1. Management blamed "global supply chain disruptions" in the U.S. TV market for the slowdown.

For Roku's fourth quarter, management said it expected revenue to come in between $885 million and $900 million. This was well below analysts' consensus forecast for revenue of $944 million.

A weaker-than-expected guide from Roku management boils down to the Roku team being "mindful" of global supply chain disruptions and how they can impact consumer confidence, product pricing, and advertising spend. But management was sure to note that "the secular shift to streaming remains intact."

Roku shareholders should be impressed by the company's monetization momentum but they should also keep an eye on active account growth and revenue growth. While a further deceleration in revenue growth should be expected in Q4, investors should look for more normalization -- or at least more moderate deceleration rates -- in 2022.