As individual investors, we are all trying to make smart decisions to build wealth for ourselves and our families. But the list of the top 100 most widely held stocks on the Robinhood Markets (NASDAQ:HOOD) trading platform suggests not everyone is making such smart decisions. That list has more than its fair share of meme stocks, penny stocks, and other high-risk investments, suggesting that a lot of Robinhood users are gambling their hard-earned money right now.

However, there are a few widely held Robinhood stocks that could be great additions to anyone's portfolio, including Microsoft (NASDAQ:MSFT), Roblox (NYSE:RBLX), and Taiwan Semiconductor Manufacturing (NYSE:TSM).

Buying these three Robinhood stocks could be the smartest investing move you ever make. Here's why. 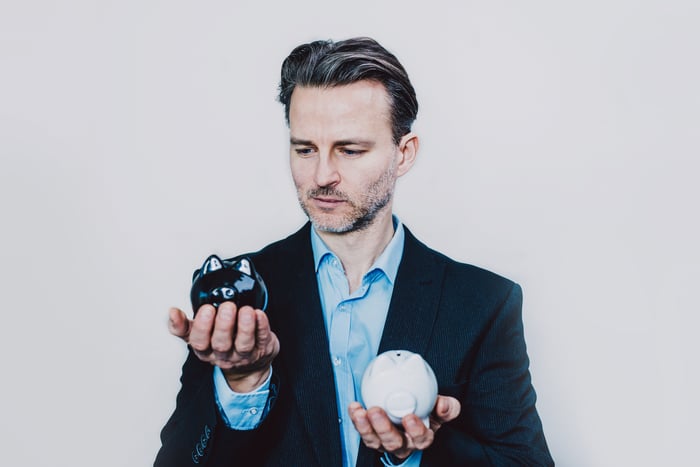 Microsoft is now the largest company in the world (as measured by stock valuation), with a market cap of $2.5 trillion and many different business lines. Its classic Microsoft Office segment continues to chug along and grow, with its various software products now transitioned to the cloud via Office 365 subscription products that serve both consumers and commercial customers.

Most of Microsoft's business units seem to be doing well right now, but the highlight is its Azure cloud service, which is a competitor to cloud infrastructure providers like Amazon Web Services (AWS) and Alphabet's Google Cloud Project (GCP). The segment grew revenue 50% year over year, driving Microsoft's Intelligent Cloud segment to grow 31% to $17 billion.

The company's most recent quarterly report highlights how strong and diversified Microsoft's business is. Over the last 12 months, it has generated $82 billion in operating cash flow and looks well on its way to hitting $100 billion in annual cash flow if its current growth trajectory continues. This makes Microsoft stock, even at a market cap of $2.5 trillion, a great choice for anyone's portfolio.

Roblox is not nearly as big as Microsoft, with a market cap of $45 billion, but it is going after a large market opportunity. The company runs a platform that allows developers to easily build digital games and interactive experiences in unique 3D worlds. It makes money by taking a slice of every dollar end-customers spend on Robux, the platform's currency, while giving the rest back to the third-party developers who build these games and experiences.

With the two-sided marketplace of game developers and consumers, Roblox has almost unlimited potential to grow its platform. In July, it had 46.6 million daily active users (DAUs) and 3.8 billion hours engaged with the service. This is up substantially from just two years ago when Roblox had only 17.1 million DAUs around the globe.

Perhaps surprisingly for a company that is growing so fast, Roblox is highly profitable, with free cash flow north of $100 million in each of the last four quarters. Roblox's long-term goal is to have 1 billion DAUs on its platform, which would make it one of the dominant digital companies in the world, on par with Meta Platforms (formerly Facebook) and Alphabet's YouTube. It is not guaranteed that the company will be able to do this, making it a bit of a higher-risk investment compared to a company like Microsoft, but if Roblox is successful returns will be outstanding for shareholders who hold for the long term.

The thesis on Taiwan Semiconductor Manufacturing (TSMC) is simple: It has an estimated 53% market share among semiconductor foundries worldwide. What is a semiconductor foundry? Unlike a vertically integrated semiconductor company like Intel, TSMC doesn't design computer chips, but only focuses on manufacturing them for other companies. These include Apple, Nvidia, AMD, and others who look to TSMC's expertise to help them build cutting-edge computing devices.

Since TSMC is one of the only companies in the world that can build these complicated computer chips, its customers have few, if any, other options for these services. This makes TSMC's revenue and profits fairly reliable over the long term since semiconductor demand is expected to grow at a 5% clip through 2025. TSMC expects its revenue to compound at a 10% to 15% rate through 2025 while maintaining a 39% operating margin, which would be phenomenal for a manufacturing business.

TSMC stock has a dividend yield of 1.23% right now. If TSMC can stay in line with its growth goals, this dividend will likely rise along with it, making TSMC a great dividend growth pick for investors with a long-term time horizon.