Domo, Zendesk, and Five9 are all underappreciated cloud stocks.

Many cloud stocks are evergreen investments, since companies need to access their services regardless of the macro headwinds. They're also great secular investments, since the market's demand for cloud services should continue rising as more companies digitize their businesses, store data online, and rely on cloud-based services to optimize and automate their operations. 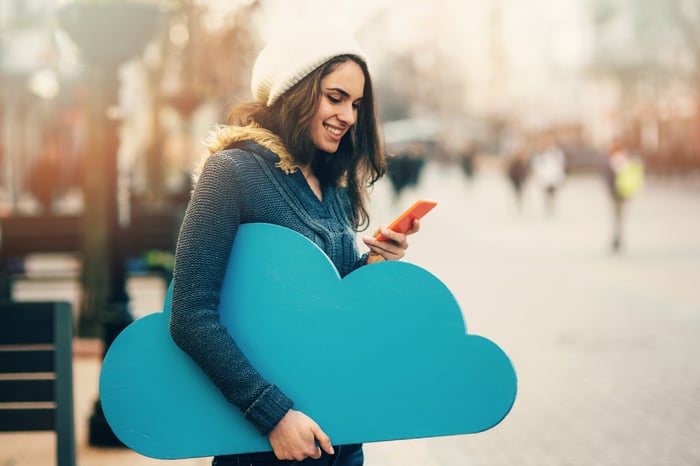 Domo's cloud-based platform enables executives to manage their companies on their phones. It accumulates data from different computing platforms and applications across a company's infrastructure, then organizes all that information onto a cloud-based mobile dashboard.

Domo's net retention rate exceeded 100% in its latest quarter, and 60% of its customers were locked into multi-year contracts, up from 58% a year ago. Its subscription-based gross margins have also consistently expanded over the past three and half years, as its ecosystem locked in more users and it benefited from lower cloud hosting costs.

Domo's stock price has more than doubled over the past 12 months, but it still looks reasonably valued at nine times next year's sales. If it can continue to generate about 20% sales growth each year while gradually narrowing its losses, its stock could head much higher over the next few years.

Zendesk's revenue rose 26% in 2020, and it expects its revenue to increase 28% to about $1.3 billion this year. Zendesk isn't profitable yet, but its gross margins have been consistently expanding.

Zendesk's stock price hit an all-time high of $166.60 during a Reddit-fueled rally in February, but it recently dipped to about $100 after it announced its takeover of Momentive (MNTV -1.86%) -- an insights and analytics company formerly known as SurveyMonkey -- for about $4.1 billion.

Zendesk believes the all-stock acquisition will enable it to generate $3.5 billion in revenue by 2024, a year ahead of its original target. However, analysts fretted over the dilution, integration challenges, and possible opposition from Momentive's shareholders, and Zendesk's stock price tumbled.

But after that sell-off, Zendesk's stock trades at just seven times next year's sales, making it cheaper than many other high-growth tech stocks. Therefore, Zendesk's stock might bounce back in the near future if it can prove that integrating Momentive's services will help its business grow and evolve.

Five9's revenue rose 33% in 2020, and analysts expect its revenue to grow another 35% to $585 million this year. It's still unprofitable, and its gross margin dipped slightly in the first half of 2021 after expanding in 2020.

Five9 continues to pull big enterprise customers from Cisco, Avaya, and Genesys with multi-year contracts. It believes it can keep disrupting those legacy players by using AI-powered automation services, specialized tools for digital channels, and other services to replace on-premise contact centers.

Five9's stock isn't cheap at 14 times next year's sales, but it could still have plenty of room to grow as more companies streamline and digitize their businesses. It might also attract additional takeover bids in the future as larger tech companies recognize the importance of its contact center technologies.

Why Five9 Stock Tanked on Monday

Is Five9 a Buy After Its Failed Merger With Zoom?
415%