The gaming platform defies expectations for a post-pandemic slowdown.

Roblox's (RBLX -5.88%) stock skyrocketed 42% to an all-time high on Nov. 9 after the gaming platform company posted its third-quarter report.

Roblox's revenue jumped 102% year-over-year to $509 million, which missed analysts' estimates by $127 million. However, its bookings -- which more accurately reflect the underlying growth of its gaming business -- increased 28% to $638 million and topped expectations by $14 million.

Roblox's net loss widened from $49 million to $74 million, or $0.13 per share, but still beat per-share estimates by a penny. Its net loss per share actually narrowed year-over-year, but only because its number of weighted-average shares more than tripled after its direct listing in March.

Roblox's growth rates are impressive, but was its post-earnings pop justified? Let's see if it's too late to buy this high-flying gaming stock. 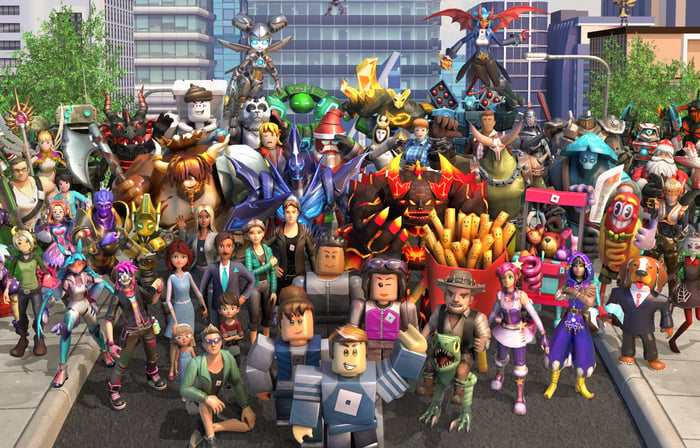 How did Roblox silence the bears?

Roblox's gaming platform enables its users to create and share simple block-based games without any coding knowledge. Its creators can then monetize those games with an in-game currency called Robux.

Roughly half of Roblox's daily active users (DAUs) are under the age of 13, and it experienced a major growth spurt during the pandemic as more students stayed at home. However, the bears repeatedly claimed its momentum would fade in a post-pandemic market as those students returned to school.

That shift caused its average bookings per DAU (ABPDAU) to decline sequentially throughout the year, but its total DAUs and average hours engaged still jumped in the third quarter even as more schools reopened:

Roblox's growth in DAUs is easily offsetting its lower ABPDAU. That trend boosted its bookings at high double-digit rates over the past two quarters, even as it faced tough comparisons to its triple-digit growth rates in 2020:

Excluding that disruption, Roblox bookings rose 30%-34% year-over-year in October, which indicates its post-pandemic momentum remains strong. October is also typically the company's weakest month of the fourth quarter, but that preview suggests its year-over-year bookings growth is accelerating again.

But what about its net losses?

Roblox remains deeply unprofitable, and it already racked up more losses in the first three quarters of 2021 than it did throughout all of 2020:

On the bright side, Roblox narrowed its net loss sequentially in the third quarter, even though its loss still widened from a year ago. Two major expenses are preventing it from turning a profit: developer exchange fees and stock-based compensation expenses.

Roblox's developer exchange fees, which it pays creators who cash in their Robux for real-world currencies, stayed nearly flat sequentially and increased 52% year-over-year to $130 million during the third quarter. Those fees, which are set by Roblox's own exchange rate, will be difficult to rein in without reducing the market value of a Robux and alienating its top creators.

Are the valuations overheated?

Roblox now trades at about 24 times this year's sales and 20 times next year's sales. Those price-to-sales ratios aren't low, but they look reasonable relative to analysts' expectations for 190% sales growth this year and 19% sales growth next year.

Furthermore, many analysts' forecasts could be too low, since they've been modeled on expectations of a post-pandemic slowdown. Roblox's October results also indicate it isn't simply a "pandemic stock", and that it could still gain tens of millions of new users as its self-sufficient ecosystem of creators and gamers continues to expand.

But Roblox is also growing at a much faster rate than Activision Blizzard, and its platform enables its users to create and monetize their own games instead of playing the latest entries of aging franchises.

It's not too late to buy Roblox

I believe Roblox's stock deserves to go higher since the company is proving that its block-based games aren't a passing fad. The stock could remain very volatile, but it seems worth accumulating Roblox shares even as they hit new all-time highs.