Investors headed for the exits due to concerns over slowing growth.

Shares of Beyond Meat (BYND -7.36%) fell 13.3% on Thursday after the meat alternatives company's sales declined in its most important market.

Beyond Meat's net revenue rose 12.7% year over year to $106.4 million in the third quarter, driven by strong growth in international markets. Sales in the U.S., however, fell 13.9%.

CEO Ethan Brown cited a host of reasons for the revenue shortfall during a conference call with analysts. These included a Delta variant-fueled reemergence of COVID-19, labor shortages, and supply chain disruptions. Yet perhaps most concerning was the company's comments that its U.S. sales decline was "primarily as a result of lower overall demand." 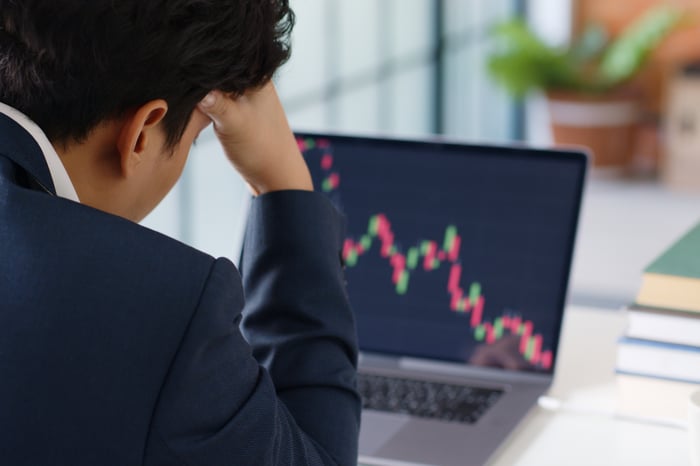 Brown said multiple trends were reducing demand for its plant-based food products. These trends include  consumers being less interested in healthy choices and less willing to try new products. Brown also admitted that competitors were beginning to wrestle away market share.

These negative factors contributed to Beyond Meat's sizable losses during the quarter. Its net loss ballooned to $54.8 million, or $0.87 per share, compared to $19.3 million, or $0.31 per share, in the prior-year quarter.

Several analysts slashed their price targets for Beyond Meat's stock following these results. For one, JPMorgan analyst Ken Goldman cut his share-price forecast from $79 to $54 due to the company's declining profitability. For another, Credit Suisse analyst Robert Moskow dropped his estimate from $75 per share to $60 because of Beyond Meat's operational struggles and tepid guidance.

Management said it expects Beyond Meat to generate net revenue of $85 million to $110 million in the fourth quarter as the company faces a "moderation in sales growth across all channels." Wall Street had forecast revenue of more than $130 million.