These cryptocurrencies are much better-positioned for the long term than Shiba Inu.

Let's face it: Anyone who didn't buy Shiba Inu (SHIB -5.13%) earlier has already missed out on the party. The days of seven-figure and eight-figure percentage gains are gone. If history is any guide, the popular digital coin just might plunge 90% or more.

But don't worry if you missed out on Shiba Inu. Here are three cryptocurrencies you can buy instead. 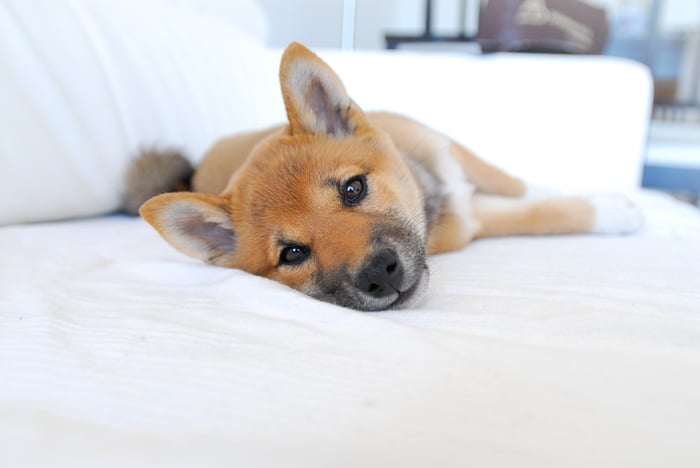 No, it's still not too late to buy Bitcoin (BTC -4.24%). It's the most popular cryptocurrency in the world by far. And while investing in Bitcoin remains risky, the risks pale in comparison to those of Shiba Inu.

Perhaps most importantly, Bitcoin offers plenty of real-world utility. More than 15,000 businesses currently accept the cryptocurrency, and that number continues to grow.

Major corporations have jumped on the Bitcoin bandwagon. In one of the most recent examples, financial-services giant Mastercard announced last month that it plans to incorporate Bitcoin, as well as other top cryptocurrencies, into its banking and payments platforms.

Bitcoin is also viewed by many investors as a hedge against inflation. The digital coin hit an all-time high this week after the U.S. Bureau of Labor released data showing inflation is becoming more of a concern.

Ethereum's (ETH -5.15%) native token ranks as the second-biggest cryptocurrency based on market cap. Like Bitcoin, the big advantage for Ethereum compared to Shiba Inu lies in its practical applications.

Some investors are betting that Ethereum's smart-contract technology will make it the biggest winner over the long term. In particular, there could be a big opportunity for this technology in non-fungible tokens (NFTs).

The race to develop the metaverse -- a virtual 3D world that could be the next generation of the internet -- could really work to Ethereum's benefit. Meta Platforms, formerly known as Facebook, has already said that its metaverse development includes support of NFTs.

It's possible that other cryptocurrencies could push Ethereum to the side in the future. But it certainly has an early lead in the smart-contract arena and could cement its position with plans to make the platform more scaleable. Sometimes, the early bird really does get the worm.

Solana (SOL -9.85%) stands out as one of the top contenders to usurp Ethereum. It's already the fifth-largest cryptocurrency in the world, based on market cap. Don't be surprised if Solana moves up the list.

Solana doesn't have to knock Ethereum off its perch to still be a big winner, though. For anyone looking for a better cryptocurrency alternative than Shiba Inu, Solana definitely should be among the top candidates to consider.