Buying new construction when supply has never been so low requires a plan: knowing where to look.

It's no secret that zoning restrictions often curtail new construction. In fact, that's the reason for many of the restrictions in the first place.

Take San Francisco, for example, a city with tough zoning resgtrictions. The city's first-ever zoning law in the 1870s, known informally as the cubic air ordinance , required a minimum amount of space per tenant. The goal was to prevent unsafe crowding, but the result was exclusionary zoning.

This San Francisco law was one factor that led to the city's housing crisis of little supply and astronomical costs. And it didn't end there. There are building-height limits, building-shape limits, and limits on the number of units that can exist on one property. All this makes it difficult for builders, many of whom subsequently started looking for greener pastures, and those pastures are largely in the South.

New construction abounds in the South

If you're in the market for a new-construction home, focus your search where the homes are being built. The U.S. Census Bureau and the U.S. Department of Housing and Urban Development (HUD) announced that of the 1.55 million housing starts (annual rate) in September 2021, more than half were in the South. Next is the West. The Midwest came in next to last, and the Northeast took last place. 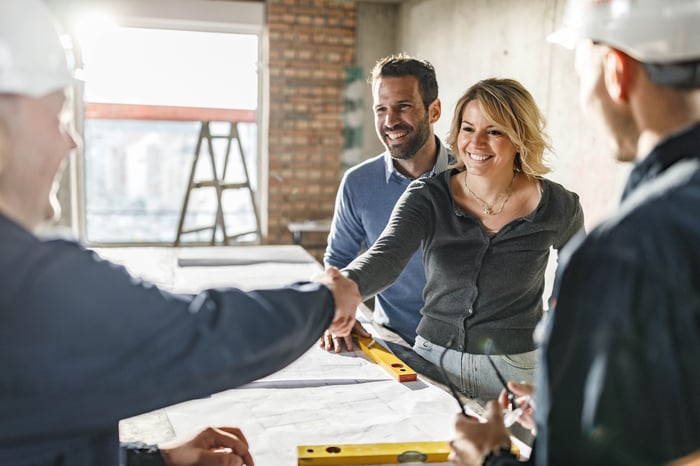 According to Landpoint, a land surveying and engineering company, the Southern states of Georgia and Florida are seeing the most construction.

Other states with increases in new construction (not in the Southeast) are Texas, Arizona, Washington, and Nevada.

Can you guess where the new construction isn't happening as much?

Although the biggest population hubs are on the coasts, construction starts are not focused there. One reason is that coastal regions are experiencing either weaker growth or a population decline , particularly small Northeastern and Midwestern towns ). And for another, those areas are still expensive enough to price many people out of the market.

Ten of the top 15 fastest-growing cities are Southern. When you consider population growth, fewer zoning restrictions, and more available land, the South has a winning combination.

Work from home a catalyst

Another reason more building is happening in less-expensive areas of the country is partly because of the work-from-home phenomenon that caught on during the COVID-19 lockdowns. Many people who can work from home don't plan to go back to the office full time. This leads to more people moving to more affordable parts of the country, where they can have more room, with both a larger home and a bigger lot.

Money goes further in the South

As mentioned, the best chance of finding a newly constructed home goes to those buying in the South. The sweet spot with the most construction is for homes that cost $500,000 or more, which is considered the move-up market, not the starter market, in the South. To put this in perspective for homes already built, $500,000 in the South can easily get a buyer more than 3,000 square feet and four bedrooms, while the same money in Los Angeles might get a homebuyer a two-bedroom, 870-square-foot bungalow.