Shares of AstraZeneca (AZN -0.70%) were down by 6.9% as of 1:52 p.m. EST Friday after the big drugmaker announced its third-quarter results.

AstraZeneca reported revenue of $9.9 billion for the quarter. This reflected a 50% year-over-year gain and easily topped the consensus Wall Street estimate of $9.4 billion.

However, it posted a loss of $1.10 per share due to significantly higher expenses related to its acquisition of Alexion. The analysts' average estimate had been for earnings of $1.28 per share. 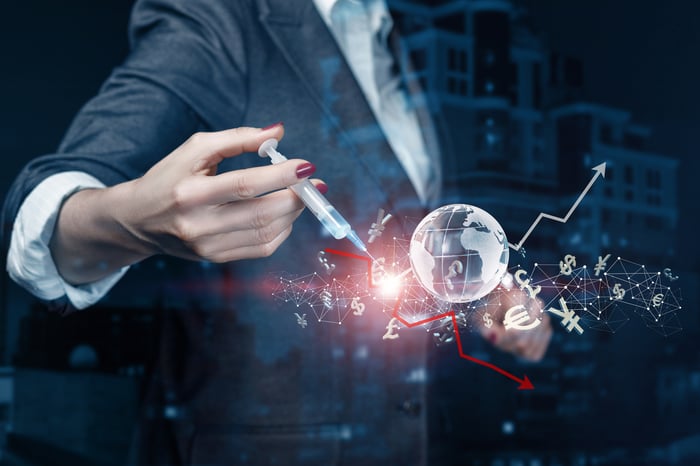 It's not surprising that the big pharma stock fell in the wake of its bottom-line miss. However, the long-term prospects for AstraZeneca are much more important than one disappointing quarter.

The Alexion acquisition is also already contributing nicely to top-line growth. Although sales for the rare-disease drug Soliris are slipping a little, the increases for Ultomiris and Strensiq are more than offsetting those declines.

AstraZeneca has had a bumpy ride with the roll-out of its COVID-19 vaccine. However, it expects to begin making a modest profit from the vaccine in the fourth quarter.

There are also several potential catalysts on the way. AstraZeneca hopes to win U.S. Emergency Use Authorization for AZD7442 as COVID-19 pre-exposure prophylaxis. It also anticipates other key regulatory decisions, including potential U.S. and European approval for asthma drug tezepelumab.