Bed Bath & Beyond's (NASDAQ:BBBY) stock price has had quite a remarkable ride this year. The shares started the year under $20 and quickly zoomed to over $50 by the end of January. The stock price currently trades for less than half that, but has had its share of ups and downs in the interim.

Like GameStop (NYSE:GME) and AMC Entertainment (NYSE:AMC), Bed Bath & Beyond has caught the attention of Reddit and other social media users to become a meme stock. Early this month, the company reported some good news, and social-media-savvy investors helped drive the stock price more than 50% higher.

This makes it an opportune time to find out what's going on with the company to see if the stock warrants a higher price and if you should join the buying spree. 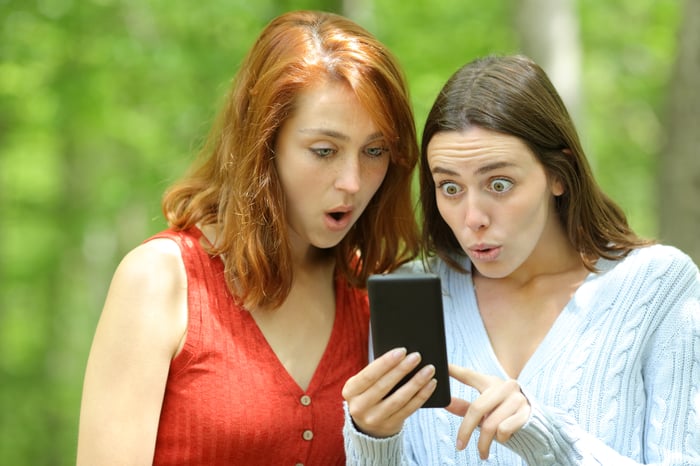 Under the plan, Kroger will offer these products on its website and test them out at a small number of stores. While expanding sales to a popular retailer could lead to a markedly higher top line, it's unclear how this will shake out over time and whether it will lead to higher profitability.

Even if the tie-in with Kroger has a positive impact, investors should remember that Bed Bath & Beyond is in the midst of a multiyear turnaround effort. By definition, this will take time.

In the second quarter, which ended on Aug. 28, comparable sales fell by 1%. The company's adjusted gross margin contracted from 35.9% to 34%, and its adjusted net income plummeted to $4 million vs. $62 million in the year-ago period.

Bed Bath & Beyond has been pursuing various initiatives to try and reverse course. Two years ago, Mark Tritton became CEO. He has been pushing digital and omnichannel strategies while trying to offer differentiated products, and he introduced eight new proprietary brands earlier this year.

While the deal with Kroger appears like a nice step toward this online push, the real test will come with how consumers accept Bed Bath & Beyond's offerings. That's tough to figure out right now. So far, sales have been lackluster.

While meme stocks can take on a life of their own, ultimately it's profitability that drives the price. While the deal with Kroger looks positive, it's hard to imagine that the company is worth 50% more just because of the new deal and online initiative.

Granted, it's difficult to resist when a stock takes off, but I would sit on the sidelines until there's more information on Bed Bath & Beyond's merchandising success. You'll have plenty of time to jump in when you see comparable store sales increasing and the gross margin expanding.

After all, it's easy to talk about going in a new direction. It's much more difficult to get customers to come back to the stores and shop online.