The company's newly minted share-repurchase program appears to be a big hit with investors.

Shares of the Canadian pot-giant Sundial Growers (SNDL -2.62%) jumped by as much as 35% in pre-market trading Friday morning. What's behind this hefty surge in the company's share price today?

After the closing bell Thursday afternoon, Sundial released its 2021 third-quarter earnings report. While the company posted net earnings of $11.3 million in Canadian dollars for the three-month period, this positive financial development doesn't appear to be what's truly moving the stock this morning. 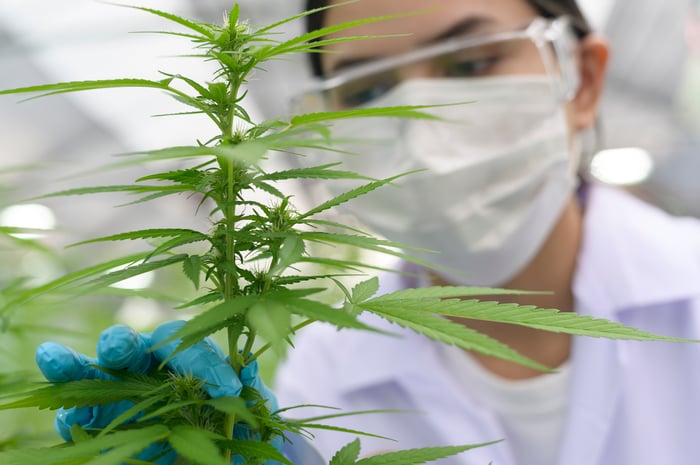 Instead, investors seem to be bidding up Sundial's shares today in response to the company's decision to approve a share-repurchase program. Specifically, Sundial said in a separate announcement from its Q3 earnings report that its Board of Directors has approved a new share-repurchase program that authorizes the company to repurchase up to $100 million Canadian dollars of its outstanding common shares from time to time at prevailing market prices.

What's the big deal? Sundial, like most publicly traded Canadian pot companies, has a long track record of diluting its shareholders in order to raise capital.

Turning to the specifics, Sundial's outstanding share count has risen by a jaw-dropping 2,150% since the company went public a little over two years ago. Although this monstrous level of shareholder dilution is a key reason why Sundial ended the most recent quarter with CA$571 million in unrestricted cash and no outstanding debt, it's also the main culprit behind the company's sub-$1 share price.

What's important to understand is that Sundial has to get its share price above the $1 threshold to continue to be listed on the Nasdaq stock exchange. This share-repurchase program ought to go a long way toward achieving this all-important goal. After all, this move should assuage the market's deep concerns about the company's penchant for diluting shareholders, as well as the near-term threat of a possible reverse split.

Sundial, in effect, definitely made a smart move with this shareholder-repurchase program. As such, it wouldn't be surprising if the pot company's stock continued to plow higher in the weeks and months ahead.