The metaverse pioneer stayed relevant to players even as they had more options for entertainment.

Roblox (RBLX 3.61%) operates a platform where users can interact with each other and the environment virtually. In other words, a metaverse. At the pandemic's onset, when most of the world was hunkering down at home to avoid a deadly virus, Roblox experienced a surge of new signups.

That was not surprising. The company's product can be enjoyed in the safety of your home, and since a large part of its user base are children, it also benefited from schools shifting to remote learning. What is catching investors off guard is Roblox's continued momentum even as economies are reopening. 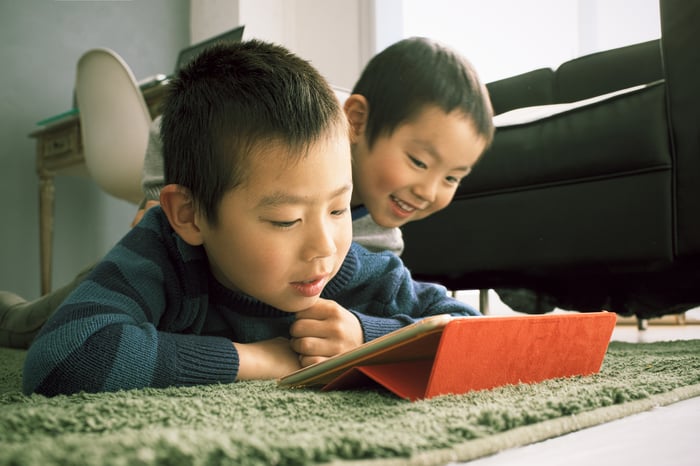 Roblox reported fiscal third-quarter results on Nov. 8 that pleased shareholders. The release showed that it added 4.1 million daily active users (DAU) from the previous quarter. As of the end of Q3, Roblox boasted 47.3 million DAU. That's more than 11 million higher than the third quarter of last year, when pandemic lockdowns were more common worldwide. It's undoubtedly an impressive feat for Roblox to boost user growth even as economies reopen and younger people have more things to do with their time.

Note that Roblox is free to join and use. The metaverse company makes money by selling an in-game currency called Robux. Although most of the platform can be experienced for free, some items and experiences cost Robux to access. Outside developers create these unique experiences and objects; Roblox pays the developers when players spend Robux on them.

For that reason, new players cause Roblox's flywheel to gain momentum. If developers notice an increase in players, they will see that potential for increased revenue and be more interested in developing experiences that players might enjoy. These new experiences may entice players to buy Robux, and a virtuous cycle ensues.

The beauty of it all is that the business model generates lots of cash flow. Developers take on the risk of time and resources to create the experiences, and Roblox pays them only if they are successful -- and only a percentage of the cash it generates. Meanwhile, players spend money to purchase Robux, and the company gets the money upfront.

Roblox stock surges on the back of reduced risk

Roblox's asset-lite business model and continued momentum -- despite the gradual economic reopening -- have investors doubling down on the stock. Following the quarterly announcement, its shares were up well over 30%. The report did a lot to assuage investor concern that the business would suffer in a post-pandemic world.

The jump in the share price has the stock now trading at a price-to-free-cash-flow ratio of 88, nearly the highest ever in its young history as a public company. On the other hand, Roblox has displayed the power of efficiencies in scale with its ability to generate free cash flow -- going from less than $10 million per quarter in 2019 to over $100 million in the latest five consecutive quarters. It might be worth paying a premium for this excellent business.