In this battle, "the ammunition is art," CEO John Riccitiello says.

One of my favorite traits when looking for a company to invest in is creativity. Whether through creative products, content creation, or enabling creativity in general, highly creative companies naturally generate growth optionality from their operations. Creativity is optionality in the investing world.

This idea rings especially true for Unity Software (U -1.06%) and the interactive, real-time environments in 2D and 3D that it enables artists to create.

Through its Create segment, Unity has nearly endless product optionality, acting as a playground for creators. Meanwhile, its Operate solutions offer seemingly infinite revenue optionality, with services available for almost anything needed to run and monetize these environments.

And Unity is just getting started with its long-term ambitions. 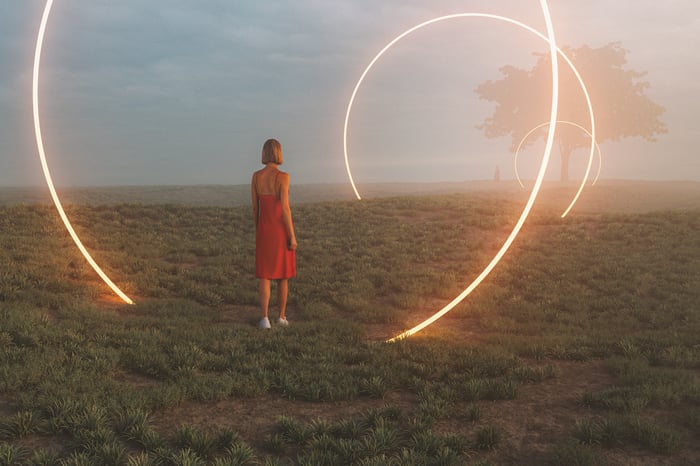 During Unity's third-quarter earnings call, it announced the acquisition of Weta Digital -- the visual effects specialist famous for creating scenes and characters in Lord of the Rings and Avatar -- for $1 billion in cash and $625 million in stock. Weta brings a suite of technologies, including visual fidelity, CityBuilder, simulations, and even Barbershop (which allows for the grooming and hairstyling of characters).

Upon reading about this acquisition, I immediately thought of Unity CEO John Riccitiello's words from the previous quarter's earnings call:

As gaming devices become more powerful, more powerful GPUs, more memory, 5G networks, developers compete by making bigger, richer, more art-filled games. The war among developers and publisher to win with consumers is over the best content. And in this war, the ammunition is art.

Simply put, Unity is arming its artists with some of the most potent ammunition in the creative world by adding Weta Digital's engineers and technologies.

The top dog in creativity

As the leader in mobile gaming with roughly 70% of the world's mobile games built in Unity, the company's new acquisition fortifies its top-dog status in creativity. In addition, Unity has been quickly moving into new verticals such as industrial manufacturing, where its digital-twin capabilities allow engineers to work on their projects from anywhere.

In general, workplace flexibility is a global trend that the company is fully ready to embrace. Whether it is through some metaverse, virtual reality, or simpler interactive workstations, Unity wants to enable its artists and engineers to be able to work from anywhere, at any time, on anything.

Regarding the idea of reimagining the global work scene, Riccitiello said: "... so watch this space, Unity, power, simplicity and a much larger user base, stitching together that platform that drives NER [net expansion rate] on the basis of an incredibly large number of on-ramps and the land-and-expand behind it."

With Unity posting a NER of 142% for the third quarter of 2021, it is capitalizing on this land-and-expand business model. Generally speaking, a NER above 120% is excellent and shows consistently increased spending from existing customers.

Unity's optionality can be hard to comprehend fully. As its senior vice president for its Create solutions, Mark Whitten, said, "Whatever the word 'metaverse' means, it's going to be built by millions of content creators, and we're on a mission to give them the easy-to-use and high-performance tools that will bring their visions to life."

With a market capitalization of about $50 billion, Unity is about 5% the size of Meta Platforms, the most talked-about metaverse stock in the world right now. But while the company formerly known as Facebook recently decided this would be its new focus, Unity has been leading the creative charge for the interactive, real-time 3D environments that will be used in the metaverse.

Thanks to this leadership position in creativity, its optionality potential, and its small size compared to its primary metaverse peer, Unity's share price offers a unique opportunity to risk-tolerant investors looking decades ahead.