Shares of 3D printing company Desktop Metal (DM 4.52%) exploded higher two weeks ago, soaring 24% on the company's announcement that "pent-up demand" for its 3D printers was so hot that it had to build a whole new facility to accommodate all the new orders it was getting for "P-50 printing systems."

Today, Desktop Metal stock is blowing up in a different way -- a bad way -- as a terrible third-quarter earnings report drives the shares down 18% through 11:40 a.m. EST. 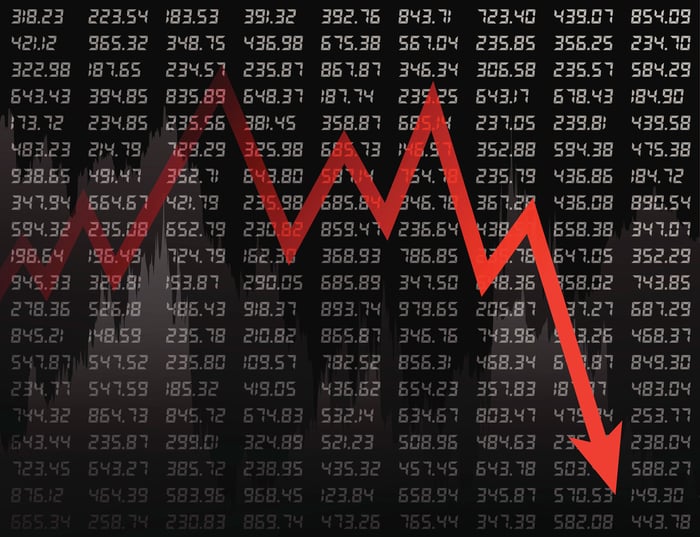 Instead of the $0.09 per share loss on sales of $27.1 million that analysts had promised for Desktop Metal, the company last night reported a $0.26-per-share loss -- three times worse than predicted -- on sales of $25.4 million.

Now, the news wasn't all bad. For one thing, while Desktop Metal may have fallen short of sales estimates, its sales still grew 907% in comparison to Q3 2020. The company also swung from a Q3 2020 gross loss to a Q3 2021 gross profit, and grossed more profit in Q3 2021 than it did in the first six months of this year, combined.

Yet even so, operating costs surged in the quarter, leading to an operating loss (and a net loss, too) both three times as big as last year.

That's apparently not what investors wanted to hear today. Nor were they pleased with the company's revenue and earnings estimates for the rest of this fiscal year: Instead of the $105.3 million in sales that Wall Street was forecasting, Desktop Metal now says it will book revenue between $92 million and $102 million (excluding revenues acquired inorganically from ExOne, which it is acquiring).

Furthermore, Desktop Metal confirmed it will remain unprofitable through the end of the year, with earnings before interest, taxes, depreciation, and amortization (EBITDA) of negative $80 million to negative $90 million (also not including ExOne -- which is EBITDA-negative itself, and so will worsen Desktop Metal's loss, not help it).