Which struggling e-commerce underdog has a better shot at a turnaround?

Jumia (JMIA -7.01%) and ContextLogic (WISH -6.39%), the parent company of Wish, have both been disappointing e-commerce investments.

Jumia, a German company that gained an early mover's advantage in Africa's nascent e-commerce market, went public at $14.50 per share more than two and a half years ago. Its stock hit an all-time high of $69.89 back in February, but subsequently tumbled back to about $15 per share.

Wish, which mainly allows Chinese merchants to sell cheap products to overseas buyers, went public at $24 per share last December. The stock hit an all-time high of $32.85 in late January, but it's only worth about $5 a share today.

Let's see why Jumia and Wish initially impressed some investors, why that interest quickly faded, and if either stock is a potential turnaround play. 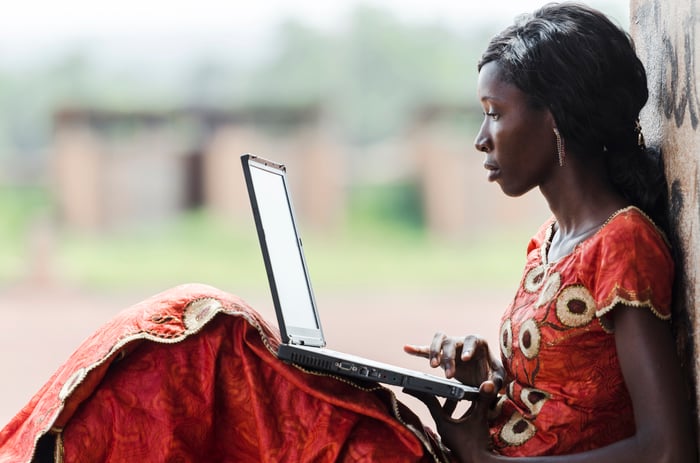 When Jumia filed its IPO in early 2019, it impressed investors with its robust growth in gross merchandise volume (GMV), total orders, annual active customers, and total payment volumes (TPV) on its payment platform JumiaPay. Its revenue was also growing at a healthy clip.

However, Jumia's growth decelerated significantly over the past two years, even as the pandemic forced more people to shop online:

Three major changes caused that slowdown: It shut down its marketplaces in Cameroon, Tanzania, and Rwanda to cut costs in 2019, it expanded its third-party marketplace while downsizing its first-party marketplace (which strengthened its gross margins but reduced its revenue), and it increased its mix of cheaper consumer staples to attract more lower-income customers.

That's why Jumia's GMV declined even as its total orders increased. It served 7.3 million annual active customers at the end of the third quarter, which still represents a tiny sliver of Africa's 635 million internet users.

Analysts expect Jumia's revenue to rise 4% this year and grow 19% next year, which suggests its painful streamlining efforts are paying off. However, they also expect the company to stay unprofitable for the foreseeable future.

At the time of its IPO, Wish served more than 100 million monthly active users (MAUs) worldwide. At the end of the third quarter, that figure had dropped to just 60 million. Its revenue also fell sharply in the second and third quarters of 2021, which offset most of its growth in the first quarter:

But that's not all: Wish expects its revenue to decline sequentially in the fourth quarter (even after factoring in its holiday sales), and said its founder and CEO Piotr Szulczewski would step down next February.

Analysts expect Wish's revenue to decline 17% this year and drop another 16% next year, and for its bottom line to continue bleeding red ink.

Wish is trying to improve its quality control by providing lower commissions and prioritized listings to its higher-quality merchants. It's also expanding its own logistics network to resolve its shipping challenges. However, both of those efforts will squeeze its margins and prevent it from breaking even.

Jumia trades at nine times next year's sales, which is a pretty high price-to-sales ratio compared to its actual growth rates.

For example, MercadoLibre (MELI -4.87%), the top Latin American e-commerce company, trades at just eight times next year's sales. But analysts expect its revenue to rise 76% this year and 36% next year.

Wish's stock trades at less than two times next year's sales. But it's cheap because its sales are declining, its turnaround plans are unclear, and it faces stiff competition from similar cross-border platforms like Alibaba's AliExpress.

I'm not a fan of either e-commerce stock right now, especially when there are many better choices in the sector. But if I had to pick one over the other, I'd definitely choose Jumia -- which could still have plenty of room to expand in Africa over the long term -- over Wish's crumbling business.

Let's Talk About Jumia's New Partnership. It's a Game Changer.
405%