Amazon, Shopify, and Sea Limited all have unique strengths.

The e-commerce sector's growth accelerated during the pandemic as more people stayed at home and shopped online. Those tailwinds could persist long after the pandemic ends, according to Research and Markets, and enable the global e-commerce market to expand at a CAGR of 16% between 2021 and 2026.

But the e-commerce industry is still a cut-throat and capital-intensive market. Companies can operate for years without generating profits, only to fizzle out after being disrupted by innovative new challengers. 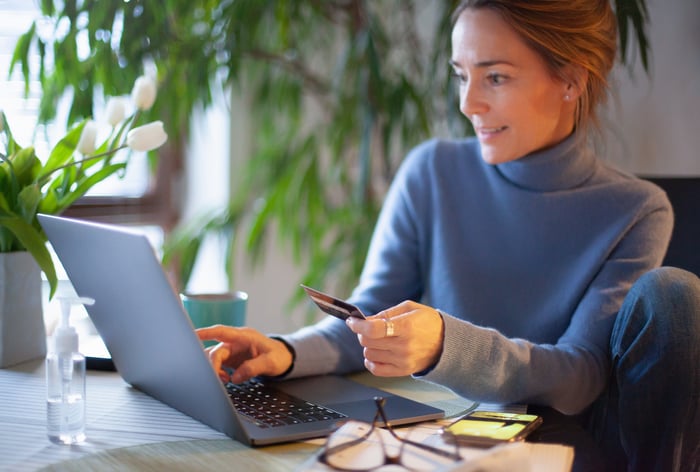 Amazon's (AMZN 7.38%) killer advantage is Amazon Web Services (AWS), which controlled 31% of the world's cloud infrastructure market in the second quarter of 2021, according to Canalys. Microsoft's Azure ranked second with a 22% share.

AWS generated just 13% of Amazon's sales in the first half of 2021, but it raked in 50% of the company's operating profits. In other words, Amazon subsidizes the expansion of its lower-margin retail business with AWS' higher-margin cloud revenue. That's why Amazon can consistently sell its products at low prices while expanding its prisoner-taking Prime ecosystem -- which now serves over 200 million global subscribers -- with cheap hardware devices and loss-leading services.

Amazon's superstore rivals can lower their prices and match its same-day delivery options, but they ultimately lack a secondary profit engine like AWS or a sticky digital services ecosystem like Prime.

More than 1.7 million businesses have already joined Shopify's platform, and it continues to grow like a weed in Amazon's shadow. Its revenue surged 86% in 2020 as more pandemic-stricken businesses moved their businesses online, and analysts expect its revenue to rise 58% this year.

Last year, Shopify launched Shop, a consumer-facing app that enables shoppers to search through a marketplace of Shopify merchants. That platform highlights Shopify's core strength -- it can unite independent merchants with a decentralized e-commerce network to challenge Amazon.

Garena, the only one of its three businesses that generates consistent operating profits instead of losses, gives Sea a killer advantage against other e-commerce and fintech companies.

Garena previously licensed most of its games from larger publishers. But Free Fire, its self-developed battle royale game optimized for lower-end devices, caught fire across Southeast Asia and Latin America after its launch in 2017. It was the most downloaded mobile game worldwide last year, according to App Annie, and continues to drive Garena's growth.

Garena's profits offset Shopee and SeaMoney's losses and enabled Sea to squeeze out a slim adjusted EBITDA of $107 million from $4.4 billion in revenue in 2020. Sea remains unprofitable on a GAAP basis, but Garena's profits could buy Shopee more time to narrow its losses per order while expanding into new markets, and it gives SeaMoney more freedom to expand as a digital banking platform.

Amazon, Shopify, and Sea Limited appeal to different types of investors. Amazon offers investors a good balance of value and growth, Shopify is more expensive, and Sea is arguably more speculative than both stocks.

Nonetheless, all three companies should continue to generate impressive growth as they leverage their "killer advantages" to expand their ecosystems, widen their moats, and gain more shoppers.