The clinical-stage oncology specialist is getting an infusion of cash from pharmaceutical giant Pfizer. 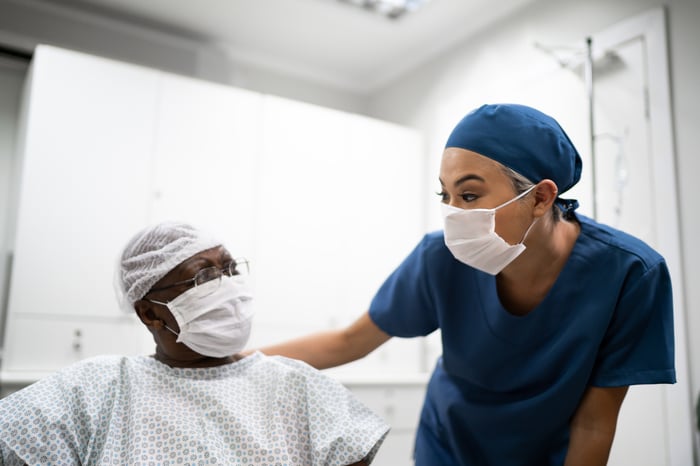 The company announced on Thursday that it will be receiving a $15 million equity investment from Pfizer. Pfizer agreed to buy 2.4 million shares of Cardiff stock at $6.22 per share.

While Cardiff is debt-free, it has been operating at a net loss, so the Pfizer investment will help the company's cash position, listed at $134 million as of Sept. 30. Cardiff has only one drug in its pipeline -- Ovansertib, an inhibitor of Polo-like Kinase 1, a protein found in several cancer cells. The company has the drug in clinical trials, combined with other therapies, as a treatment against various solid tumor and hematologic cancers. For its investment, Pfizer will get first rights to the data from Cardiff's development programs.

Cardiff, because it does not yet have a marketable drug, reported only $226,000 in revenue in the first nine months of the year, most of that from royalties. Over that same period, it had a net loss of $18.8 million.

Cardiff investors are playing a waiting game. The biotech company has Ovansertib in three phase 2 trials, but only one of them is fully enrolled at this point. The news from that first trial has been positive so far. In September, the company reported that Ovansertib, combined with the three-drug FOLFERI chemotherapy regimen and the non-chemotherapy drug Avastin, had good results as a second-line treatment against KRAS-mutated metastatic colorectal cancer.

Now that it has been freed from short-term cash concerns, Cardiff can afford to invest more aggressively in its development programs, and that could pay off for the company and its investors.