President Biden says there's evidence that oil companies are price gouging, and investors are worried about what comes next.

In case you hadn't noticed, gas prices are way up. Since the beginning of 2021, the average price of a gallon of regular gasoline in the United States has risen by more than 52%, hitting $3.42 on Friday, according to data from GasBuddy.com. And over in Washington, D.C., President Biden wants U.S. regulators to take a long, hard look at oil companies to see whether some of that surge is being caused by price gouging. 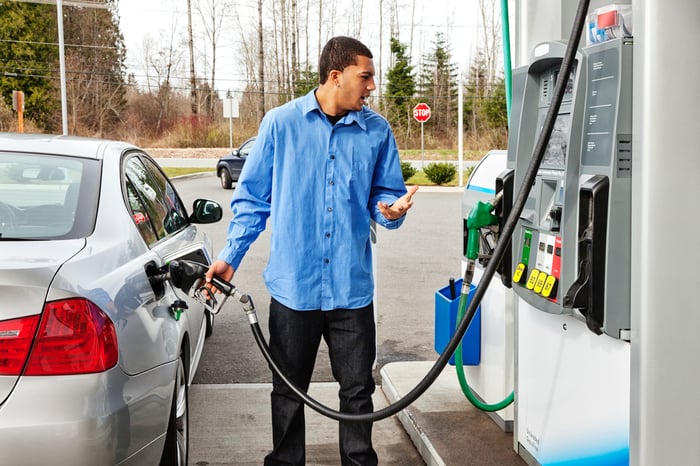 As The Wall Street Journal reported Thursday, President Biden's rebuke to oil companies will come in the form of a Federal Trade Commission (FTC) investigation.

In a letter to new FTC Chair Lina Khan, Biden said that there was "mounting evidence of anti-consumer behavior by oil-and-gas companies." Biden pointed out, for example, that although unblended gasoline prices have fallen by more than 5% over the past month, the average price at the pump has risen by 3% over the period. "This unexplained large gap between the price of unfinished gasoline and the average price at the pump is well above the pre-pandemic average," said Biden -- and evidence of price gouging by oil companies.

Not everyone agrees with this analysis. The American Petroleum Institute, the oil industry's biggest lobbying group, argues that gas prices are rising largely because demand is going up as the global economy revives while production hasn't increased enough to keep pace -- a classic supply/demand imbalance situation.

It's not even clear that this is a sustained trend yet. In The Wall Street Journal article, former George W. Bush administration energy advisor Bob McNally asserted that one month's worth of data isn't enough to support the accusation of anticompetitive behavior, especially when it comes to a commodity as prone to price fluctuations as gas. Other energy industry analysts also told the Journal that the recent rise in gas prices was not out of line with historical precedent.

Exxon and Phillips 66 shareholders might actually be pleased to hear that, given that both of those companies reported net losses over the past year. Nevertheless, oil companies are logical targets for Biden's ire, and calling for an investigation is likely to play well politically given how unhappy American consumers are about gas prices. In any case, Khan has said that she will "examine potential unlawful business practices in the oil and gas markets."

That investors are shying away from shares of ExxonMobil, Conoco, and Phillips 66 on Friday seems a logical response to the news.