I'm still excited about the long-term prospects of the online lender OppFi (OPFI -0.43%), which is looking to significantly transform the subprime lending space. I particularly like the company's vision and some of the unique products they are rolling out. But I'd be lying if I said I wasn't a little disappointed with the company's Q3 earnings report, which seemed to suggest less loan demand than anticipated despite the fact that consumer balance sheets were thought to have been returning to normal. With that said, here is one trend I'll be watching closely over the next quarter or two.

OppFi wants to innovate in the subprime lending space, which is lending to borrowers with a Fair Isaac Cooperation score of less than 600, meaning these borrowers are much riskier and more likely to default on loans. OppFi's goal is not only to provide lending to these customers in times of need -- most of whom are not being properly served by traditional banks -- but also to help them improve their credit.

OppFi uses artificial intelligence to allow borrowers to apply for a loan within five minutes, providing a quick decision and interest rates that are lower than many competitors in the space. The company's main product right now, the OppLoan, is a personal loan typically around $1,500 that is paid back over an 11-month period. Borrowers are using these loans to deal with immediate financing needs such as car trouble, housing, medical bills, family, and education. 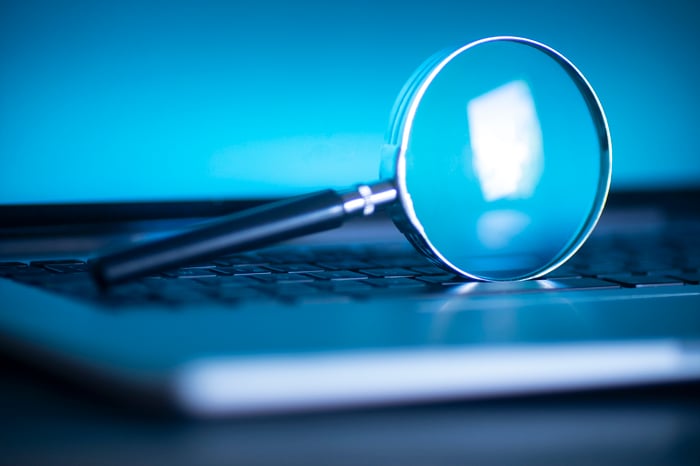 The company didn't exactly have a bad quarter, generating $17.4 million of adjusted net income on total revenue of $92 million, both of which beat analyst estimates. But investors were miffed by the fact that demand did not seem to come in as strong as expected. Although loan originations of nearly $165 million grew 14% from the sequential quarter and hit record levels, CEO Jared Kaplan noted that "the demand rebound was less steep than we had anticipated." Kaplan attributed the less-than-enthusiastic demand to factors such as customers still having higher levels of cash built up from the pandemic and wage inflation.

Management maintained its full-year profit and revenue projections but also walked back some of its previous guidance. In its Q2 earnings report, they said to expect ending loan volume for the year of $380 million to $400 million.But in its Q3 presentation, management said to expect ending loan volume between $315 million and $325 million.Also, while originations grew, sales and marketing expenses of $15.6 million in Q3was up from $11.5 million in Q2.So even though originations grew 14% in the quarter, sales and marketing jumped nearly 36%.

Now, normally if management is able to maintain its full-year revenue and profitability projections despite less demand than it expected, that's a good thing. But what I am particularly concerned about is that while Kaplan said the company's target customers had higher cash levels, charge-offs at OppFi, debt unlikely to be collected and a good indicator of losses, rose from 28% in Q2 to 36% in Q3.That doesn't fully add up.

Normally, charge-offs and originations should move together. If the company is growing loans quickly, you would expect to see higher charge-off levels, not even necessarily right away. You wouldn't expect to see them when the target customer is supposedly still operating with more cash than before the pandemic. The subprime borrower is, of course, riskier than the average borrower and so there is more unpredictability involved and there may also be a lag effect. Still, this certainly isn't a trend I would hope to see among any lender because the one benefit of small-loan demand is supposed to be a more financially healthy customer and therefore lower loss rates.

The thesis is still intact

I am certainly going to keep a close eye on the diversion between charge-offs and demand in originations and hope that things get back on track in Q4 and early 2022. But I still believe in my overall thesis on this fintech company and like the long-term vision.

OppFi is planning to roll out many new products for the subprime borrower. It has already launched SalaryTap, a $2,000, 24-month loan with less than a 36% interest rate that is paid off by setting up direct payments from a customer's paycheck. Next, OppFi is planning to roll out a credit card with a lower spending liming. Other products management has discussed previously include near-prime lending, point-of-sale lending, mortgage, auto lending, mobile banking, and investing.

If management can execute on these, OppFi could in theory do something similar to what SoFi is doing but for sub- and near-prime borrowers.As borrowers come back to OppFi for repeat business and use more products, the company will become more profitable and get more data to inform its credit underwriting models, while customers build credit and hopefully move from subprime to near-prime.

OppFi has a very fair valuation right now. It trades at a market cap of roughly $735 million and has been profitable for the last six years. It is on pace to generate $350 million of revenue in 2021.While I will be watching how originations and charge-offs trend in the near term, I am still bullish on the stock.

OppFi Is a Mess, but CEO Todd Schwartz Can Likely Salvage Some of the Losses

Why Shares of OppFi Are Falling Today

Why I'm Investing in This High-Risk, High-Reward Fintech Stock
401%