Shares of Aurinia Pharmaceuticals (AUPH 1.74%) fell by 18.1% in after-hours trading Friday. The drugmaker's stock tanked in response to a $250 million mixed shelf offering.

The accompanying prospectus filed with the Securities and Exchange Commission noted that the proceeds of any stock sales under this offering would be used for clinical development and commercial production of the company's Food and Drug Administration approved lupus nephritis (LN) medication Lupkynis. It would advance its pipeline, business development opportunities, capital expenditures, and working capital.

At the end of the third quarter, Aurinia had a cash runway of approximately six to perhaps eight quarters, depending on the commercial trajectory of Lupkynis, as well as the company's clinical development plans. 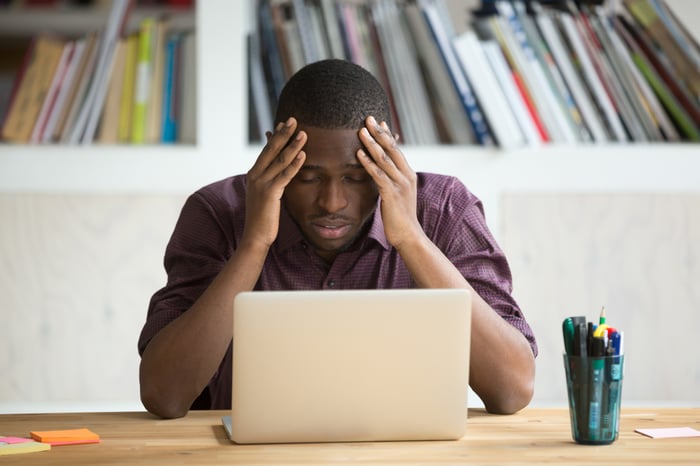 Shareholders are hitting the exits on this biotech stock for one clear reason: This mixed shelf offering may spell the end of buyout talks. Last month, Aurinia's shares blasted higher on rumors that Bristol Myers Squibb (BMY -0.74%) was contemplating a bid for the company. Soon thereafter, additional rumors surfaced claiming that Aurinia had multiple suitors. To date, however, a formal tender offer has yet to materialize from any party.

And while neither Bristol nor Aurinia have publicly denied these rumors, there are some obvious problems with this hypothetical tie-up. Specifically, Bristol has multiple holes to fill to keep its top line headed in the right direction, and only about $16 billion in cash to achieve this goal. Aurinia, for its part, probably won't accept an offer under $6 billion. What's more, the biotech might be holding out for an offer in excess of $8 billion.

Is Aurinia's stock a screaming buy after this after-hours drop? The answer is most definitely yes. While Lupkynis' sales might be slow to ramp up with Aurinia at the helm, the drug is starting to turn heads among prescribers, according to a recent survey. As such, Aurinia's top line should eventually grow by leaps and bounds. Savvy investors, therefore, shouldn't hesitate to take advantage of this unwarranted pullback in this undervalued biotech stock.