Many investors are wondering what to do with this new Kyndryl stock. Is it a better buy than the parent company, IBM?

So now I'm both an IBM investor and a Kyndryl shareholder. Should I hold on to both of them, or is it time to sell one and reinvest that cash in the other? And then we have investors who didn't own any IBM stock on Nov. 4 2021, asking a different question -- which slice of the former IBM entity is the better place to park new money?

What is this Kyndryl company, anyway?

Kyndryl was created in late October when IBM followed through on a spinoff plan that was first announced more than a year earlier. The original idea was to detach the company's managed infrastructure services from IBM's cloud computing ambitions. At arm's length from Big Blue's cloud-based services and artificial intelligence (AI) tools, the new company would be a sensible service provider regardless of which brand name appears on the client's servers and cloud computing contracts.

The managed infrastructure company started life with a $9.1 billion market cap in late October. However, IBM's market cap shrank from $127.3 billion to $115.1 billion that day -- a $12.2 billion reduction. As a result, $3.1 billion of shareholder value simply disappeared as investors pondered how this experiment might turn out in the long run.

You might wonder what, exactly, a managed infrastructure business is. Kyndryl's assets and operations used to be known as the managed infrastructure services part of IBM's global technology services segment. This business plan involves developing and maintaining the software that runs behind the scenes of any modern business, along with a plethora of support services for those crucial software assets. Kyndryl provides a wide variety of valuable IT management expertise, from network design and cloud computing to data security and IT planning. 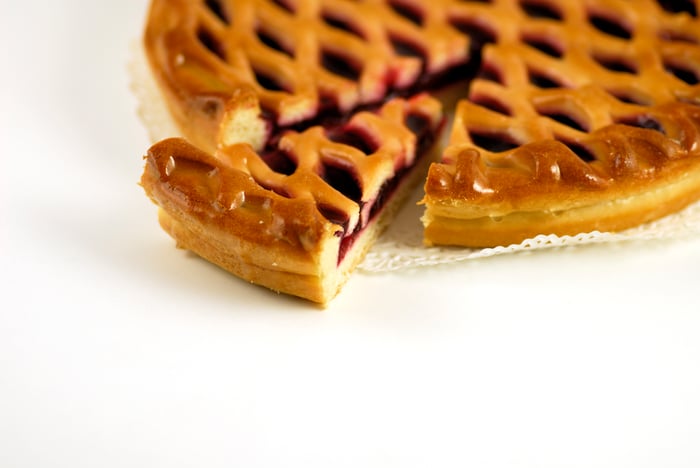 So far, the bears are winning the Kyndryl debate. By the end of Friday, Oct. 19, Kyndryl's stock had fallen another 55% since the date of record in October, or 30% from the first day of public trading. IBM's stock only declined by 4% over the same period, while the S&P 500 market index didn't change at all.

There was no clear reason for Kyndryl's month-long slide. The company is not sitting on its hands, announcing new or expanded partnerships with household names Microsoft, Pitney Bowes, and VMware along the way. Investors and analysts aren't exactly bursting with excitement over this unknown new investment vehicle.

It remains to be seen exactly how effective Kyndryl can be as a stand-alone business. The company has not reported financial results since the spinoff was completed. Moreover, the first few reports will be burdened with expenses related to the spinoff transaction, not to mention the adjustment to a different way of doing business.

However, it seems obvious that Kyndryl's stock deserves to trade at a higher price level. The IBM operations that would later become Kyndryl reported $19.4 billion in revenue for 2020. You can pick up shares at the bargain-bin valuation of 0.22 times that sales figure. Even if revenues are shrinking quickly, that's too low. I can't find a close competitor trading below 0.48 times trailing sales and the IBM mothership commands a P/S ratio of 1.41 -- and I see IBM as a deep-value investment. 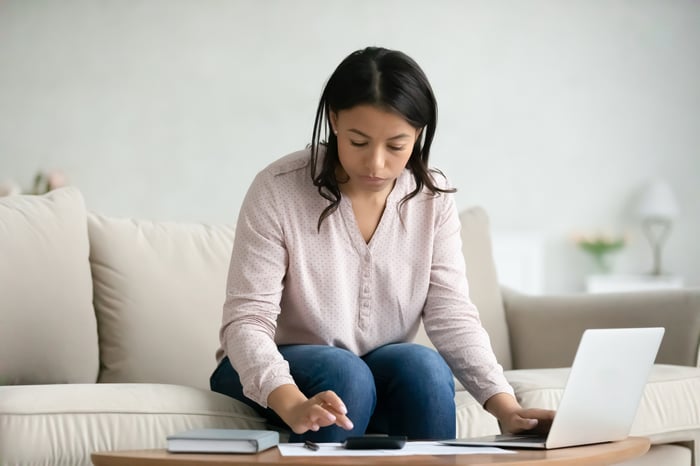 IBM is known as a generous dividend investment, offering a yield of 4.6% before the Kyndryl spinoff. The yield has surged to 5.6% today while Kyndryl hasn't declared any payouts at all.

That situation is likely to stick around for the long haul. Kyndryl's pre-spinoff operations generated just $0.6 billion of free cash flows in 2020, out of $15.0 billion for IBM as a whole. The combined operation's cash machine is staying under the Big Blue banner, leaving little room for shareholder-friendly dividend policies at Kyndryl. Management promised that the combined initial dividends of Kyndryl and IBM would at least be equal to the old IBM entity's payouts per share.

So if you wanted to own the old IBM for its generous dividend yields, you should stick with the IBM name today as well.

All things considered, Kyndryl doesn't have much to offer investors right now. This operation was IBM's least exciting asset in terms of long-term growth potential. It's not a massive cash generator. The big dividend payouts will continue to flow through the IBM stock, not Kyndryl.

I do see one reason to pick up some Kyndryl shares right now, or hold on to the shares that were created by the spinoff. The stock is just too darn cheap, even if Kyndryl's growth prospects are dim. Among 1,618 stocks on U.S. exchanges with a market cap of at least $4 billion (Kyndryl stands at $4.2 billion), only 12 carry lower price-to-sales ratios than this ticker.

So I think it would be unwise to sell my Kyndryl shares at these unreasonably low prices, and bargain hunters might even want to pick up some Kyndryl stock, expecting an upward price correction relatively soon. A price mismatch this large rarely lasts very long.

Other than that valuation wrinkle, I see no reason to get excited about Kyndryl's stock and would much rather focus on IBM -- which still strikes me as a fantastic growth stock at a reasonable valuation, plus one of the richest dividend yields in the tech sector.

IBM is the clear winner here, from almost every conceivable angle.