Income-focused investors should always be on the lookout for high-quality dividend stocks to add to their diversified portfolio. What is one of the most surefire ways to find stocks that are reliable dividend growers?

The answer is to look to the stocks that have been consistently growing their dividend for decades. These stocks can be found on the list of Dividend Aristocrats, which are components of the S&P 500 that have raised their dividends for at least 25 years straight.

One of those stocks is the supplemental insurer Aflac (NYSE:AFL), which announced a hike in its dividend earlier this month. Let's look at Aflac's fundamentals and valuation to determine whether the stock is a buy or one that dividend investors should simply watch from the sidelines for the time being. 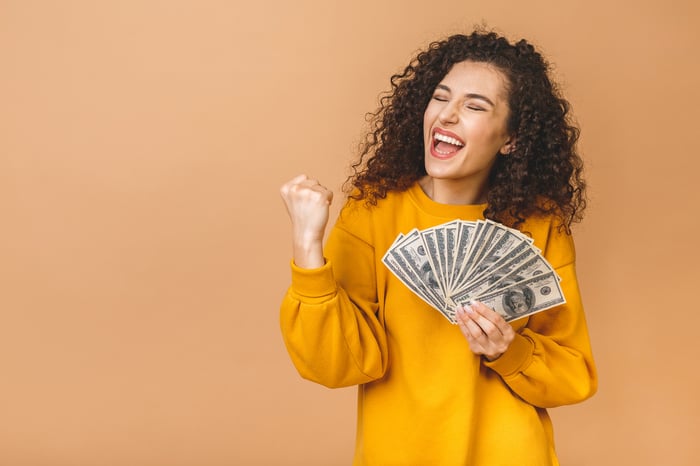 A revenue miss and earnings beat

Aflac reported third-quarter revenue for the three months ended Sept. 30 of $5.24 billion, which was a 7.6% year-over-year decline in revenue compared to the year-ago period. This was 2.2% short of analysts' consensus revenue estimate of $5.36 billion.

It's important to note that nearly 70.8% or $3.71 billion of Aflac's revenue in the third quarter was derived from the net premiums that it collected and investment income that it earned in its Japan segment. The vast majority of the remaining 29.2% or $1.69 billion in revenue during the quarter was generated from its U.S. segment.

Aflac's revenue decline and miss in the third quarter was primarily the result of a 7.4% dip in Japan segment net premiums to $2.93 billion for the quarter -- comprising approximately 56% of Aflac's total revenue. To paraphrase Chairman and CEO Dan Amos' opening remarks during Aflac's Q3 2021 earnings call, this drop in net premiums within the Aflac Japan segment was the result of widespread states of emergency due to COVID-19.

What led to this impressive earnings beat?

Once again, COVID-19 disruptions to daily life in Japan led to fewer claims being filed by Aflac's customers. This resulted in a 520-basis-point year-over-year decline in Aflac Japan's total benefit ratio to 66.1% in the third quarter -- the lower the benefit ratio, the more profitable an insurance company is with underwriting.

The safest dividend is the one that's just been raised

Given Aflac's respectable third-quarter results, it should come as little surprise that the company announced its 39th consecutive annual dividend increase on Nov. 15 -- boosting its quarterly dividend-per-share payout 21.2% from $0.33 to $0.40.

While there are no guarantees that a stock with such a celebrated dividend growth track record will continue to grow its dividend, it's the closest that most investors can get to a guarantee.

Based on analysts' 2022 average EPS estimate for Aflac of $5.37 (an 11.9% increase over this year's average of $4.80) and a slated obligation of $1.60 in dividends per share, the stock's payout ratio would be modest at 29.8% for next year. This builds a margin of safety into Aflac's 2.9% dividend yield since its EPS would need to drastically fall for the payout to potentially be cut.

Aflac appears to be a fundamentally healthy business. But is the valuation attractive enough that investors should consider buying at the current $56 share price?

While Aflac's price-to-book ratio of 1.1 is the fifth-highest out of the 21 selected companies in its industry, I believe there is a case to be made that it deserves to be among the highest. That's because of the company's superior quality as compared to its peers, which is reflected by its status as a well-established Dividend Aristocrat.

And Aflac's price-to-book ratio of 1.1 is well below its 13-year median price-to-book ratio of 1.4, which seems to back up the argument that Aflac is still reasonably priced for investors. This is especially true since Federal Reserve funds futures markets imply there is a 58% probability of an interest rate hike occurring next June and a 73% chance of an increase in December 2022. Since Aflac had $146 billion in investments and cash on hand at the end of the third quarter, two interest rate hikes next year would be a major boost to its net investment income and a meaningful growth catalyst.

Thus, investors looking for a steady-income stock with the catalysts necessary to produce share price appreciation would be wise to consider buying Aflac.