The strip mall department store chain is fending off inflation's effects better than most for one big reason.

Lost in all the noise of this earnings news, however, is an important metric for investors looking at Kohl's through a long-term lens. That is, Kohl's gross profit margin remained remarkably high in an inflationary environment that crimped rival retailers' overall profitability. 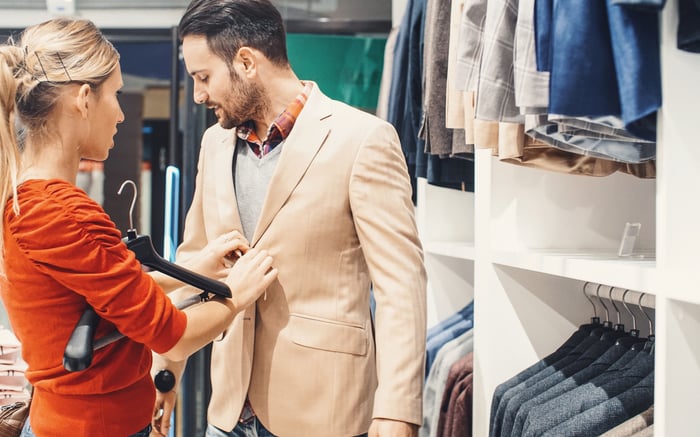 Startled shareholders sent both stocks lower following their earnings reports, despite clear warnings that rising costs across the board are cause for concern. That inflation narrative is bolstered by last week's report from the Census Bureau, which noted consumers' costs were 4.6% higher last month than they were a year ago when excluding food and energy costs, and up 6.2% when including the price of food and gasoline.

Kohl's, however, continues to weather the storm. Its gross margin improved from 35.8% last year -- a time when other department store chains were struggling to sell their goods at any price -- to 39.9% in its latest quarter.

And if you think that improvement is merely the result of shrugging off the effect of last year's pandemic-driven shutdowns, you'd be mistaken. The retailer's gross margin for the third quarter of fiscal 2019 was lower at 36.3%. Kohl's selling and administrative costs last quarter were also in-line with pre-COVID norms, suggesting the company is successfully navigating an employment environment marked by higher wage expectations. 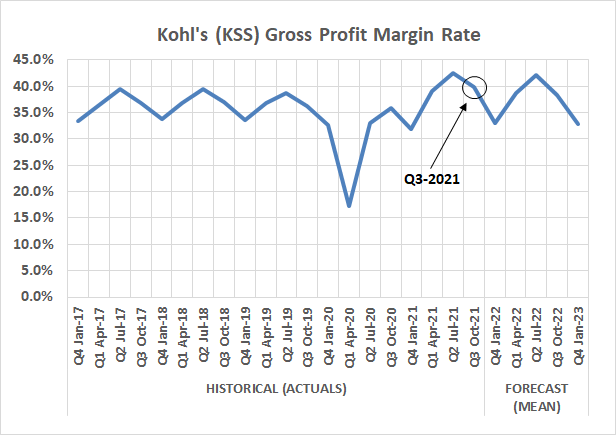 Simply put, this department store chain continues to do things right, particularly as it pertains to procuring and selling inventory.

If you're wondering how the department store chain has stood up to a supply chain crisis and inflationary pressure that has challenged so many other players in the business, there's a multifaceted explanation. First, there is the simple fact that Kohl's is just very, very good at buying the right goods and promoting them the right way.

More than anything, though, its consistent margins are the result of the retailer's self-sufficiency, built around a huge private-label business. The company says a little over a third of last year's top line came from in-house brands, down from 2018's 39% (possibly due to the pandemic).

Private-label goods are inventory designed and procured by a retailer. Sometimes these items are meant to fill gaps in a store chain's assortment, though they'll often be offered side-by-side with similar items from nationally recognized brands. They're a compelling alternative for retailers as profit margins are typically much higher on private-label merchandise than they usually are for name-brand goods. They also circumvent many supply limitations imposed by national brands' relationships with their own manufacturers. Croft & Borrow, Sonoma, and FLX are just some of Kohl's in-house labels.

Surprised about those brands being Kohl's own? That's at least part of the point. This off-mall retailer does so well with private-label goods, because they look a lot like offerings from national brands. In this vein, the retailer anticipates that the launch of its athleisure brand FLX last March will eventually drive sales of activewear from 20% of its total business to 30%. That's huge.

The company's private-label program obviously isn't the only reason Kohl's is winning in an environment that isn't easy for retailers to navigate. The department store chain also deserves a great deal of credit for managing its spending, including employee-related expenses. It uses all of its resources well.

To the extent a store chain's fiscal success begins with the right merchandise being in the right place at the right time at the right price, however, Kohl's private-label program gives it a tighter control of all of those variables that its competitors just can't match.

That's another reason to own this department store retailer over other choices in the industry.

This Beaten-Down Stock Is Searching for a Lifeline. Has It Already Missed the Boat?
401%