Shares of Boeing (NYSE:BA) fell out of bed Friday, dropping 6.5% by 9:40 a.m. ET after Reuters reported the company might be out of the running to sell Canada new fighter jets.

For more than a decade, Canada has been weighing the merits of buying F-35 stealth fighter jets from Lockheed Martin (NYSE:LMT) to replace the aging CF-18 jet fighters that currently make up the bulk of its fleet. But because the purchase of 65 F-35s might cost as much as $30 billion, Canada has been considering other options, including buying upgraded F/A-18 fighters from Boeing, or other models from defense contractors such as Airbus (OTC:EADSY).

But as Reuters now reports, after reviewing bids from the defense contractors, Canada has concluded that the F/A-18 does not, in fact, meet Canada's requirements, and Boeing is out of the running. 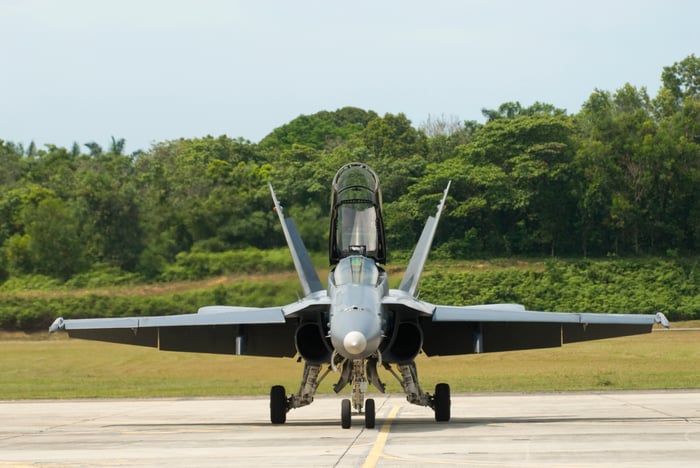 This is a huge disappointment for Boeing, whose commercial division is still languishing in unprofitability, leaving the company's defense, space, and security division to provide the bulk of its profits. Now, it appears this division will miss out on a chance to sell Canada as many as 88 fighter jets. (The size of the order has grown over the years).

That's $15 billion in revenue from the initial sale Boeing will miss out on, and billions more in future revenue from maintaining and upgrading the fighters in years to come. It's not a crippling blow for the company, but this still represents a good chunk of the roughly $26 billion in annual sales Boeing generates from defense, space, and security, according to data from S&P Global Market Intelligence.

Canada will decide between buying Gripen fighters from Saab (OTC:SAABY) or returning to its first choice, Lockheed Martin's F-35. Since Canada is a member of the consortium that developed the F-35, I'd say the odds now heavily favor Lockheed Martin after all, when the country makes its final decision in 2022.