Growth investors dream of buying the IPO stock that evolves into a future sensation. While stockholders tend to look for such companies in the tech industry, some of the massive percentage-gainers also come from the consumer sector.

Two examples of such growth are Chipotle (NYSE:CMG) and Starbucks (NASDAQ:SBUX). Each began as a single location in the late 20th century and grew to become two of the largest restaurant chains in the U.S. Not only have they delivered impressive stock price growth, but these two companies also offer lessons for investors hoping to find future growth stocks. 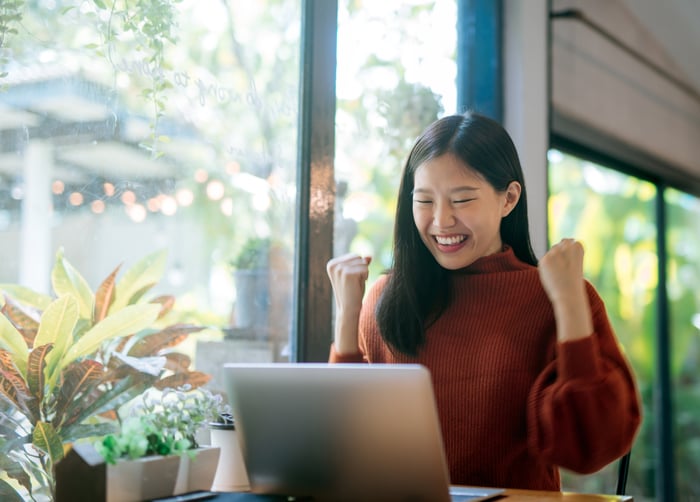 Chipotle made its way by combining two popular concepts. The popularity of restaurants like McDonald's has long shown that consumers like access to fast food. However, McDonald's and other restaurants had failed to offer the healthy choices that we re growing in demand from many in the market. Chipotle changed that by providing nutritious meals to customers in a fast-casual setting.

Beginning with a restaurant in Denver in 1993, Chipotle grew to 489 locations by the time it filed to launch its IPO in early 2006. With the stock at just under $1,700 per share at the time of this writing, $1,000 would only buy a fractional share today. However, when it launched its IPO in 2006, the company priced its stock at $22 per share. At the time, that would have bought 45 shares. Today, those shares are worth around $76,000!

Moreover, with a P/E ratio approaching 70 and a market cap nearing $50 billion, the growth is likely not done yet. The company operates over 2,000 locations, but its most important number could be 6,000, as it wants to eventually operate that many restaurants in North America. With Chipotle adding about 200 locations per year and comparable store sales growth in the 15% per-year range, the increases should continue for some time to come.

Starbucks's growth to nearly 34,000 locations worldwide shows how far a restaurant concept can reach. American consumers have long demonstrated a love for coffee. Despite its popularity, the coffee house had not taken off in the U.S. until Starbucks CEO Howard Schultz brought the concept from Italy and adapted it for U.S. consumers.

Its stores spread across the Pacific Northwest and Western Canada quickly, and by the time Starbucks launched its IPO in 1992, it had spread out from Seattle into 165 locations. At the original IPO price of $17 per share, $1,000 would have purchased 58 shares.

Thanks to six 2-for-1 stock splits, those 58 shares would have turned into 3,712 shares now valued at approximately $410,000. Moreover, this does not include the dividend income investors have collected since 2010. That payout has risen every year since, and in 2021, this position would have generated $6,830 in dividend income without selling a single share.

Also, despite its massive size, Starbucks predicts comparable store sales growth in the high single-digit percentages in fiscal 2022. With the company expecting to add 2,000 stores during that time, it has positioned itself to continue the long-term growth in its stock and dividends.

While such stories may give investors hope for the future, they likely want to find the next Chipotle or the new Starbucks. However, picking that stock may prove challenging. Investors who bought Chipotle or Starbucks could have just as easily picked an El Pollo Loco that has experienced little movement over the last five years or a Dunkin', which once traded on exchanges but later went private.

Such possibilities necessitate investments in multiple stocks. However, investors should remember that Chipotle's 7,600% growth and the 34,000% gain in Starbucks since their IPOs can far outweigh stagnation or failure in stock investments that did not succeed. By taking chances on multiple stocks with such potential, one or more of them could return 75-fold gains or more over the long term.