Ambarella (NASDAQ:AMBA) stock has become unstoppable in the past year thanks to terrific demand for the company's chips that power cameras in the security and automotive markets.

Ambarella's stock price has shot up more than 120% in just a year, crushing the broader market's gains, and it won't be surprising to see its hot rally get another shot in the arm when it releases its fiscal 2022 Q3 earnings report after the market closes on Tuesday, Nov. 30. Let's see why that may be the case. 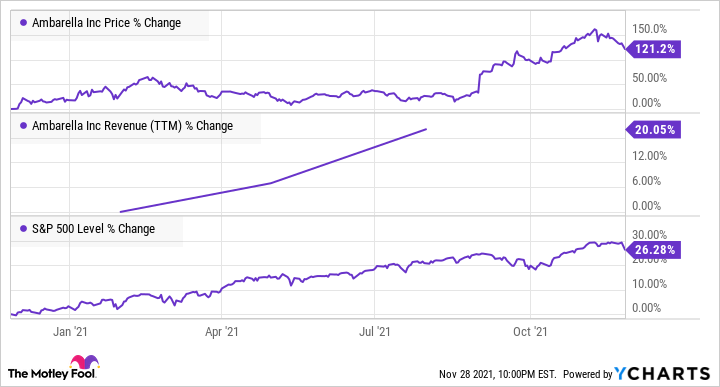 Ambarella is on track to deliver terrific growth

According to Ambarella's guidance issued on Aug. 31 along with its Q2 results, the company is on track to deliver Q3 revenue of $90 million and a non-GAAP gross margin of 62% at the midpoint of its range. The top-line forecast points toward a huge improvement of 60% as compared to the $56 million in revenue that the chipmaker posted a year ago. The company's earnings are expected to jump to $0.49 per share in Q3 from $0.09 per share in the year-ago period.

Ambarella has easily crushed Wall Street's earnings expectations by huge margins over the past four quarters, and investors can expect the same to happen once again. That's because the chipmaker anticipates an increase in production from its foundry partner in the second half of 2021, which could allow it to fulfill more orders and generate stronger growth.

Management had pointed out on the September earnings conference call that the company is witnessing a "variety of industrywide supply chain challenges" that's leading to "extended lead times for wafers and substrates" and component shortages. So an improvement in foundry capacity could turn out to be a tailwind for Ambarella's top and bottom lines, as it would allow the chipmaker to meet the robust demand from the automotive and Internet of Things (IoT) camera market. 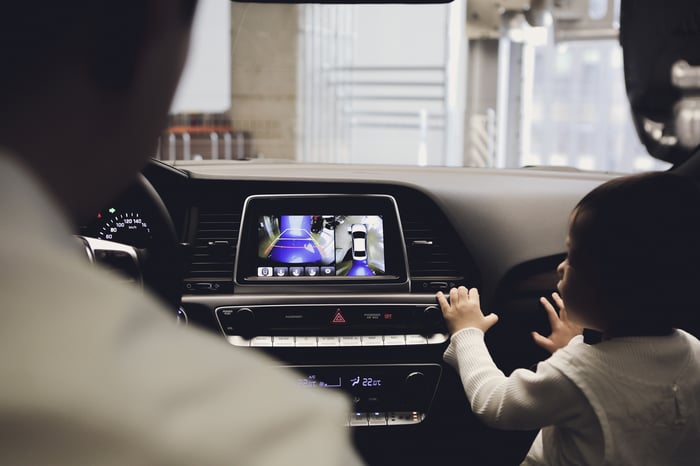 The chipmaker is set for long-term gains

While Ambarella seems on track to deliver impressive growth following its outstanding Q2 results, investors shouldn't forget that the semiconductor shortage has been an Achilles' heel for several companies this earnings season. Industry bellwether Texas Instruments, for example, issued a tepid forecast in October thanks to the semiconductor shortage, while Apple is expected to lose more than $6 billion in sales during the holiday quarter due to supply chain problems.

If a similar situation unfolds at Ambarella and the stock pulls back, investors shouldn't worry, because the demand for its chips is set to grow rapidly in the long run. The automotive camera market, for instance, is expected to grow 21.5% a year through 2027, hitting $10 billion in revenue, according to Fortune Business Insights.

Ambarella is well placed to tap into this market. It has built a strong client base that includes major automakers. The good part is that Ambarella is still gaining traction in the automotive camera market, as evidenced by its recent partnership with Dongfeng Motor Group to make a driver monitoring system for a mass-market car.

Meanwhile, the company is sitting on a sizable upgrade opportunity in the IoT security camera market. All told, Ambarella sees a serviceable addressable market of more than $6 billion by fiscal 2026 as compared to just over $2.5 billion in fiscal 2020. The company has generated roughly $267 million in revenue over the trailing 12 months. So Ambarella has a lot of room to grow, and it could continue to sustain its high levels of growth in the long run.

Analysts expect the company's bottom line to increase at an annual pace of 82% for the next five years. This could ensure that Ambarella remains a top growth stock in the long run and delivers more upside even after rising rapidly in the past year.