Shares of Smartsheet (NYSE:SMAR) surged out of the gate Friday, jumping as much as 16.5%, before being weighed down by the falling market. As of 1:13 p.m. ET, the stock was still up 6.4%.

The catalyst that sent the workflow management software provider higher was a financial report that exceeded already bullish expectations. 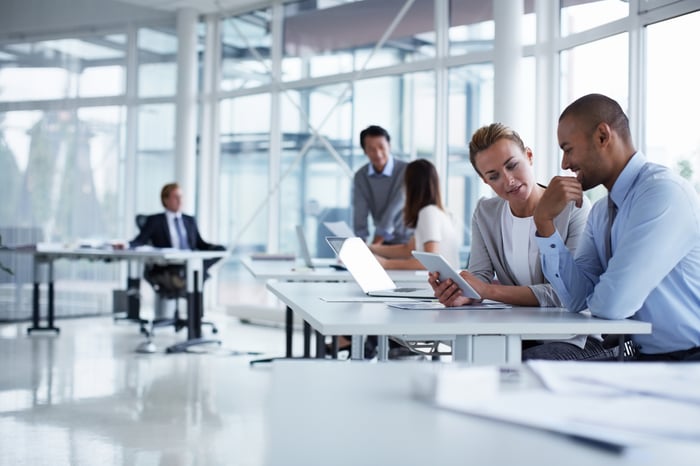 To put those numbers in context, analysts' consensus estimates were calling for revenue of $139.9 million and a loss per share of $0.11.

The company's calculated billings, which includes contractually obligated revenue that has yet to be included in revenue, grew to $161.6 million, up 44%. After being adjusted for its recent acquisition of Brandfolder, billings climbed 50% year over year, accelerating from 47% growth in the second quarter.

Customer metrics were also robust. Customers with an annual contract value (ACV) above $5,000 were up 27%, while those paying $50,000 or more grew 56%. Even better, customers with an ACV of $100,000 a year or more expanded 72%. Smartsheet's dollar-based net retention rate was 131%, illustrating that existing customers are spending more.

"This was a record quarter for Smartsheet on multiple financial and operational levels, including closing the highest number of large deals in a quarter and seeing the best bookings performance in our company's history," noted CEO Mark Mader.

Equally as important for investors was Smartsheet's bullish outlook. Management is guiding for revenue in a range of $151 million to $152 million, above analysts' consensus estimates of $150.1 million, and representing growth of roughly 38%. The company also expects billings of about $205 million, or growth of about 36%.

The broad-based strength displayed in Smartsheet's results suggests the company is just getting started.