Shares of Pinterest (NYSE:PINS) fell 10.3% in November, according to data from S&P Global Market Intelligence, as investors soured on social media stocks. Bad news for Snap (NYSE:SNAP) seeped into the peer group, dragging the whole space downward. Unfortunately, Pinterest hasn't created enough good news for itself to overcome that drag. 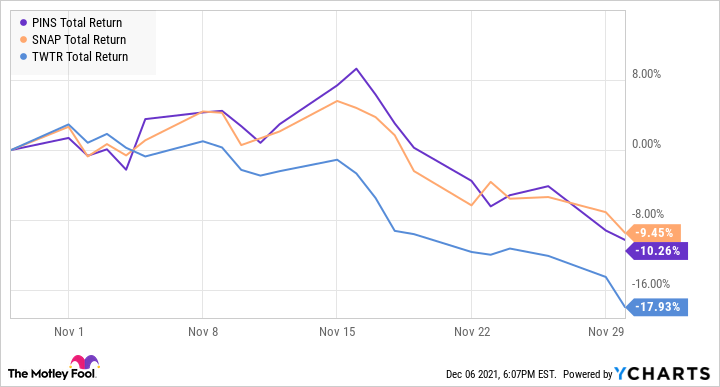 Pinterest had a rough few weeks. First, the rumored acquisition by PayPal (NASDAQ:PYPL) was officially called off, sending shares downward. Pinterest followed that up with quarterly earnings that showed worrisome user growth trends in the United States. 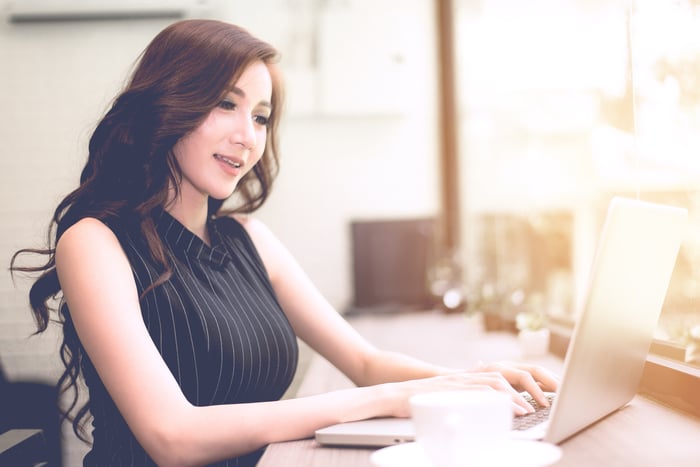 However, monthly active users (MAU), one of the most important performance indicators for social media businesses, showed only 1% growth over the prior year. Pinterest was especially weak among U.S. users, and investors are worried that the pandemic DIY boom might be over.

While Pinterest has some ominous signals, the November drop was triggered by news from other companies. Ongoing concerns about the changes to iOS privacy settings have been the most popular topic around social media stocks recently. The data available from many Apple (NASDAQ:AAPL) users is now more difficult to monetize, and it's hurting the top lines of Snap, Pinterest, and others.

Making matters worse, class action lawsuits were announced on Nov. 16, alleging that Snap misled investors about the extent to which iOS privacy setting updates would disrupt their operations. Pinterest hasn't been implicated legally in this regard, but the news promptly scared investors across the industry.

These challenges are significant, but not necessarily devastating. A huge drop like we've seen from Pinterest frequently signals a great buying opportunity. Fear can make investors overreact, which is good for the rest of us.

Unfortunately, it's not a slam dunk. Pinterest is still more expensive than high-profile giant tech stocks, such as the FAANGs, on the basis of forward P/E ratio. It's outpaced some of those companies for the past few years, but that operational edge might be gone while the company deals with the iOS and DIY headwinds. It's hard to argue that Pinterest currently has better growth prospects than Meta Platforms (NASDAQ:FB) or Alphabet (NASDAQ:GOOGL), and those two giants are almost certainly lower-risk right now. They're also cheaper.