The stock market can appear to be extremely volatile and risky, depending on the types of stocks you watch or hold in your portfolio. But if you're a long-term investor focused on companies with plentiful growth opportunities ahead, you don't need to worry about short-term fluctuations.

A couple of stocks you can buy and forget about over the long haul are Intuitive Surgical (NASDAQ:ISRG) and Nvidia (NASDAQ:NVDA). Here's why these two growth stocks look unstoppable. 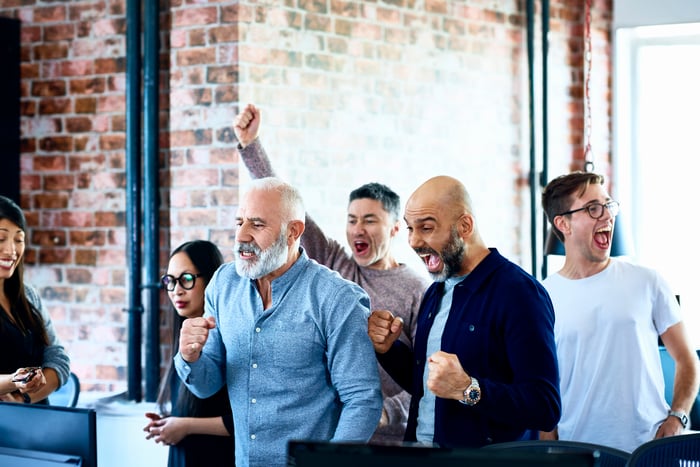 Robotic-assisted surgery is the way of the future. It can help make surgeries more precise and effective, leading to better patient outcomes. Today, the market isn't terribly big with analysts from Grand View Research estimating the global surgical robot market to be worth just $2.3 billion in 2020. However, they project that it will grow at a compound annual rate of 21.6% through 2028.

The company released its third-quarter earnings in October, and as of the period ended Sept. 30, there were 6,525 installed da Vinci systems -- an 11% increase from the previous year. Perhaps more importantly, the company shipped 336 systems (up 72% year over year), and 20% more da Vinci procedures were performed during the period. This led revenue to rise a robust 30% to $1.4 billion.

The latest results are a sign that things are starting to get back to normal -- at least for now -- after last year's COVID-19 pandemic, which disrupted hospital procedures and elective surgeries. In Q3 2020, da Vinci system shipments declined 29% and procedures rose just 7% over the year-ago period.

Of course, the latest variant could result in another setback. However, these pandemic-related risks are not concerns that investors will likely need to worry about over the long term. Demand looks to be strong for the da Vinci systems, there is plenty of growth potential for the industry, and the stock has been a strong performer.

Year to date, shares of Intuitive are up 19% -- just slightly under the S&P 500's gain of 22% -- and that's during a volatile year for the healthcare industry. The future looks much brighter, and so Intuitive is not a growth stock you'll want to overlook.

Chipmaker Nvidia has been a high performer this year with its shares up a whopping 128%. The only real negative about the stock is that its valuation is so high: at a price-to-earnings ratio of 92, it's well above the Technology Selector Sector SPDR Fund's average of 34.

While that's a steep premium, the tech company is growing at an incredible rate and has more opportunities on the horizon. For the period ended Oct. 31, sales grew 50% year over year to $7.1 billion. Every one of the company's main segments generated growth. Gaming, its largest one, grew 42% to $3.2 billion while data center revenue rose 55% to $2.9 billion.

For the last quarter of its fiscal year, Nvidia expects revenue to top $7.4 billion, which would be a 48% improvement over the year-ago period. Nvidia is doing well even amid a global chip shortage, which could last for another year or more. But as supply issues loosen up, that could mean more revenue for the company.

There's also Nvidia's Omniverse, a simulator (some refer to it as the "metaverse for engineers") that is part of its professional visualization segment, which today accounts for less than 10% of revenue. On its most recent earnings call, management said that professionals from 700+ companies were reviewing the enterprise platform. It's a significant opportunity that could generate billions in revenue for the company with creators and designers in the virtual world potentially paying an estimated $1,000 per year to gain access. And there are an estimated 40 million of those potential users.

Nvidia is a company that just keeps on finding ways to expand, and that's a big part of the reason investors are willing to pay such a high premium for its shares. The business is a growth machine, and with impressive sales numbers and the company showing no signs of reaching its peak, this could be an excellent buy-and-forget investment to tuck away in your portfolio for the long haul.