Robinhood (NASDAQ:HOOD) stock currently trades more than 40% below its IPO price and about 75% below its all-time high. The online brokerage lost its luster as investors fretted over its decelerating growth, loss of active users, widening losses, and regulatory headwinds.

But after that steep decline, the stock trades at about ten times this year's sales, a reasonable premium for a company expected to grow revenue over 80% this year. Bargain hunters might be tempted to buy Robinhood at these levels, but they should take note of these five red flags that could limit its future gains. 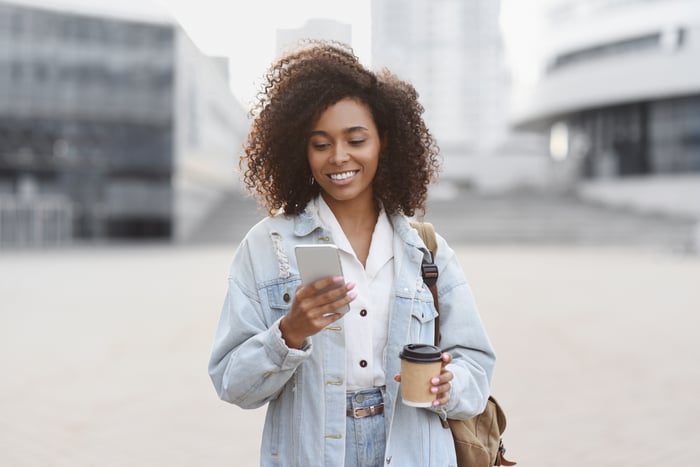 1. The war on PFOF trading

Robinhood initially disrupted the traditional brokerage market by offering commission-free stock trades. To subsidize those free trades, Robinhood sells its orders to market makers like high-frequency trading firms (HFTs), which skim a tiny profit from the bid-ask spread of each trade.

The critics claim this model, known as "payment for order flow" (PFOF), prevents investors from ever getting the best price for a stock. Meanwhile, the proponents argue commission-free platforms like Robinhood still get much better prices from HFTs than direct purchases from public exchanges.

However, PFOF trades have already been banned in Canada, the U.K., and Australia. Regulators in the U.S. and Europe have also started scrutinizing the entire process, which generates most of Robinhood's revenue.

If the PFOF model is banned, Robinhood will likely need to start charging commissions but so will other brokerages -- including Morgan Stanley's E*TRADE and Schwab's TD Ameritrade -- which rely on PFOF-funded free trades to compete against Robinhood.

2. Its dependence on Dogecoin

Those percentages are still high, but they've declined significantly from the second quarter when Robinhood generated 62% of transaction-based revenue and 32% of net revenue from Dogecoin trades.

To make matters worse, Robinhood's crypto platform is still exposed to the evolving regulations around Bitcoin and other cryptocurrencies. If those rules are tightened, Robinhood's growth could suffer.

3. Its decelerating growth in users and revenue

However, competition from other free stock and crypto trading platforms, along with "meme stock" burnout in recent months, might have also convinced retail investors to spend less time on Robinhood's app.

The company still expects revenue to rise by as much as 85% this year, but that is well below analysts' previous expectation for 111% growth. It also marks a significant deceleration from the 245% growth recorded in 2020. Analysts expect revenue to increase just 22% next year.

Robinhood squeezed out a net profit of $7.4 million from $958.8 million of revenue last year, but it racked up a staggering net loss of $3.26 billion in the first nine months of 2021.

Granted, $1.25 billion of those losses came from its stock-based compensation expense. Those big bonuses, which were mainly paid out to top executives, were triggered after Robinhood's stock price exceeded certain levels after its IPO. Within that context, it isn't surprising Robinhood allocated a large portion of its IPO shares to its own users, who likely contributed to the brief rally to $85 per share in early August.

Another $1.44 billion of those losses occurred back in the first quarter due to an increase in the fair value of its convertible notes. Robinhood issued most of those notes to stay solvent during the Reddit-fueled short squeeze in January.

Robinhood's losses might narrow next year against these two unusual events, but analysts expect it to remain unprofitable for the foreseeable future.

Robinhood's post-IPO lockup period fully expired on Dec.1. That final expiration enables its insiders and big investors like Salesforce to finally sell the millions of shares they bought during the IPO in late July.

Robinhood stock has continued to stumble to new all-time lows following that lock-up expiration. On the bright side, ARK Invest's Cathie Wood added over 900,000 shares of Robinhood to the ARK Innovation ETF a day before the lockup period ended. As of this writing, the fund still holds 11.7 million shares of Robinhood as 1.57% of its portfolio.

The next few quarters will be challenging

Robinhood is still a disruptive fintech company, but I think its stock will remain in the penalty box for at least a few more quarters. It needs to stabilize its MAUs and account growth on a sequential basis, diversify its crypto business, and overcome pending regulatory headwinds before it can win back many investors.