Virgin's launch hasn't even happened yet, and investors are already cheering.

Even before that happens, though, Virgin Orbit's own stock has launched into orbit, rising a solid 6% through 12:05 p.m. ET. 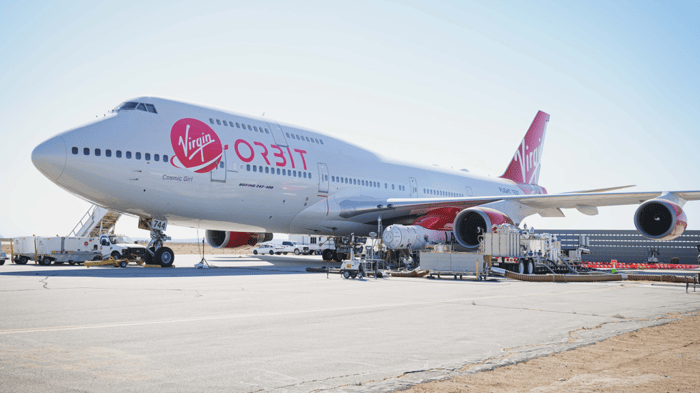 Virgin Orbit is the most recent of the world's private space companies to go public, having completed its reverse merger into a special purpose acquisition company just late last year. In its brief history as a private company, Virgin Orbit has successfully sent payloads to space -- carried there by rockets launched mid-air from a converted "Cosmic Girl" 747 freighter jet -- twice already.

Today's launch, in contrast, will be the first time Virgin Orbit has put its own stock price on the line.

Investors seem to be taking success as a given, and are rewarding Virgin Orbit stock beforehand with its 6% price gain. We won't know for certain, though, whether the stock deserves that reward until this afternoon -- and coincidentally, after close of trading for the day. As Space.com reports, Cosmic Girl is due to take off from California's Mojave Air and Space Port no earlier than 4 p.m. ET (close of trading).

Assuming the flight is successful, though, Virgin Orbit will deposit seven satellites for three separate customers in orbit this evening. More importantly, it will set the stage for Virgin Orbit's busiest year ever. Over the course of the rest of 2022, Virgin Orbit aims to launch six separate times, including twice from England, demonstrating the international scope of the company's business, and its ability -- almost unique among space companies -- to launch satellites from any point on the globe that has an airport.

Do you think that might have an effect on the stock price? I do.