51job (NASDAQ:JOBS) shareholders beat the market this week as the stock gained 13% through trading on Thursday. The wider market was down slightly over that time.

The Chinese job listing platform sparked optimism on the part of investors after it announced updated details on its proposed merger with Garnet Faith Limited. 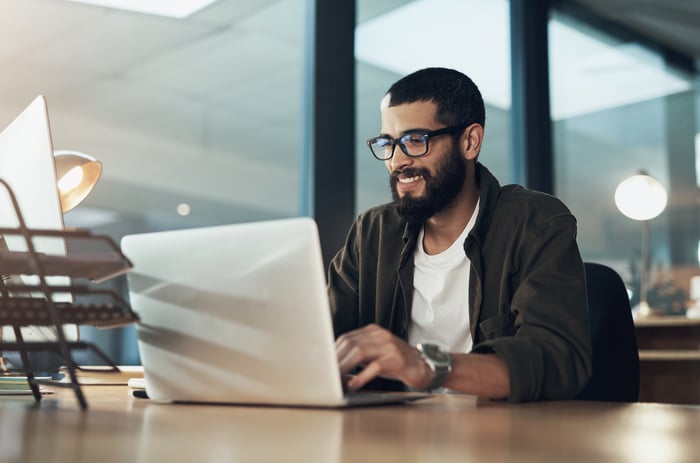 The company's efforts to entertain buyout offers have lifted the stock several times in the past few years. But shares declined sharply in late 2021 after 51job announced that regulatory challenges might threaten the latest deal. The company had found a potential buyer willing to spend nearly $6 billion to acquire the business, but a mid-November update cast some details of that merger in doubt.

The stock rallied this week after the company said it has received an updated offer from Garnet Faith Limited that still aims to take the company private, although at a lower buyout price.

The new terms include a proposal to pay $57.25 per share for 51job's common stock, which is down from the prior offer of $79.05, but still above the price that shares had settled at by early January.

There's still lots of uncertainty around this proposed merger, which would have to clear regulatory hurdles after being accepted by 51jobs' management team. The agreed buyout price may change significantly, too, as it has several times in recent quarters. Those risks help explain why the tech stock is trading higher this week, but still below the proposed acquisition value. There's a significant chance the buyout won't occur, or that it will happen at a lower price than is currently being debated.

All of this means investors should tread carefully when estimating the return from holding 51jobs stock. It's possible that shares will jump on positive buyout news. But those gains might be fleeting, and there's no guarantee that they'll arrive at all. In that context, it makes more sense to avoid investing the company solely in hopes of making quick gains driven by acquisition news.