This raise may seem generous at first glance, but the reality is that it's likely to fall short of actually helping seniors to maintain their standard of living.

There's a simple reason for that, and it's one every current and future retiree needs to understand so they can have a realistic idea about what Social Security benefits will do for them throughout their later years. 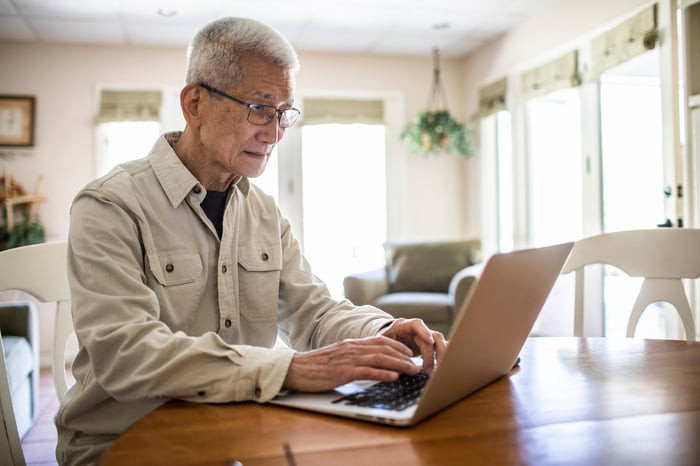 The sad reality for seniors is that benefits have been losing buying power for decades, so retirees are starting out behind. And while it may seem large on paper, this year's raise is likely to once again fall below the level of inflation seniors actually experience in 2022.

Social Security's annual COLA is set based on the Consumer Price Index for Urban Wage Earners and Clerical Workers (CPI-W). For many years, CPI-W has provided retirees with a smaller benefits bump than would be necessary for them to keep up with price increases they're experiencing, because CPI-W doesn't accurately mirror what they spend their money on.

CPI-W has weighted certain expenses too heavily, such as entertainment costs, and not given enough weight to things seniors are more likely to spend an outsized share of their money on, such as healthcare and housing. This is a natural consequence of the fact that the price index is designed to mirror how urban wage earners spend their money, a demographic group with different priorities than seniors who have left the workforce.

The Senior Citizens League projects that benefits have lost about 30% of their buying power since 2000 as a result of this ill-fitted formula being used to calculate COLAs. One big raise in 2022 isn't going to reverse decades of declining benefit value.

That's especially true since while this year's benefits bump appears to be a large one, a 5.9% benefits increase may not be enough to account for how fast prices are going up on goods and services.

Recent estimates suggest costs have gone up close to 7% year over year. High costs on essentials such as food and housing likely mean seniors will still struggle to afford their expenses, which will increase at a faster pace than their monthly income does.

President Joe Biden has recognized this problem and has proposed a fix to Social Security that would involve providing a one-time benefits bump to long-living retirees who have been damaged by the decline in the value of their benefits over the years. He also wants to change the formula by which COLAs are calculated to a different pricing index that's a better match for actual spending habits among the elderly.

But with lawmakers struggling to pass meaningful legislation, it's unclear if any of President Biden's proposals will become a reality. Unless or until they do, retirees need to cope with the reality that the 5.9% raise they're getting this year still won't be enough to allow them to maintain their standard of living unless they also increase income from other sources.