Please ensure Javascript is enabled for purposes of website accessibility
Log In Help Join The Motley Fool
Free Article Join Over 1 Million Premium Members And Get More In-Depth Stock Guidance and Research
By Eric Volkman - May 13, 2022 at 7:07PM

An analyst bucks the trend and lifts her price target on the stock.

To butcher an old saying, a rising tide lifts most boats. A surging stock market helped push shares of Teladoc Health (TDOC 0.47%) higher by more than 9% on Friday. But bullish investor sentiment wasn't the only reason for that gain; an analyst's price-target increase also helped.

That increase was hardly dramatic, but it drew attention to Teladoc and helped bring investors back to the stock. The raiser was Piper Sandler prognosticator Jessica Tassan, who now thinks the shares are worth $42, a bump from her previous estimation of $41. She is maintaining her overweight (buy) recommendation on the stock. 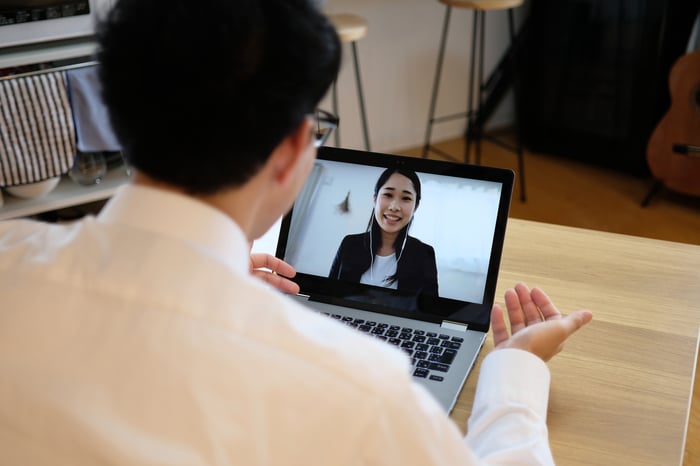 According to analyst-recommendation tracking website TheFly.com, Tassan made the adjustment on the basis of conversations with Teladoc officials and an analysis of the direct-to-consumer healthcare market, among other factors.

This resulted in the tweaking of estimates for the company's BetterHelp and Chronic Condition businesses.

Could this be the start of a bull run for Teladoc stock? After all, it's generally been beaten down over the past year, to the point where it hit all-time lows recently. Many investors see it as a pandemic stock with weaker potential now that the coronavirus threat seems as if it might be receding. A massive $6.6 billion goodwill charge in its most recently reported quarter and reduced 2022 guidance for crucial line items like revenue and net loss didn't help matters.

What also hurts is that, Tassan's price-target bump aside, many Teladoc analysts have grown more sour on the stock. Wells Fargo and Citigroup, to name two, both downgraded their recommendations on the shares to the equivalent of neutral while dramatically cutting their price targets.

It's too soon to tell whether this is the beginning of a rally in the shares, but it's clear that there are plenty of bulls behind the stock. Perhaps they'll at least support its price as we (hopefully) emerge from the pandemic.