Please ensure Javascript is enabled for purposes of website accessibility
Log In Help Join The Motley Fool
Free Article Join Over 1 Million Premium Members And Get More In-Depth Stock Guidance and Research
By Tom Wilton – Aug 11, 2022 at 7:21AM

Google Chromecast with Google TV (CGTV) is Alphabet's (GOOGL -2.63%) (GOOG -2.63%) smart TV product that lets users control and launch streaming apps from a single hub. It also ties in with Google Assistant, allowing users to quickly launch shows and ask for suggestions via the voice-controlled remote. According to several reports, Google plans to expand the device's functionality even further by adding 50 free-to-watch channels -- a move that is likely to put it in firmer competition with Roku (ROKU -7.09%).

A lot of Roku's money comes from FAST

With 61.3 million active users, Roku operates one of the most popular streaming platforms in the world, with a large part of its revenue coming from its free ad-supported streaming TV (FAST) service, The Roku Channel. It's a feature where owners of Roku streaming devices and Roku-equipped TV sets can catch classic shows, movies, and live news broadcasts across more than 270 channels -- all supported by marketing messages. Roku claims its FAST offering reaches more than 80 million U.S. households.

FAST has proven such a popular enterprise for Roku that it accounts for more of the company's revenue than hardware sales. Roku reported net revenue of $764 million in the second quarter, of which $673 million came from its platform business, which oversees its FAST operations. However, Roku has voiced caution about the near-term future.

Economic anxiety is beginning to show

According to many economists, there's an increased likelihood that the U.S. will find itself in a recession before the end of 2022. Such predictions follow a particularly bruising few years with COVID-19 triggering supply chain disruption and high rates of inflation. And though streaming operators saw a significant bump in viewing activity over the worst months of the pandemic, growth has since slowed across the sector.

In its second-quarter earnings, Roku told investors that growth has slowed, noting macroeconomic conditions have contributed to "a significant slowdown in TV advertising spend." The company said consumers are spending less, which has led to TV marketers reducing their spending on ad slots. Roku also posits that, with the economic landscape showing no signs of immediate improvement, growth for its platform operation will likely remain sluggish for a while. 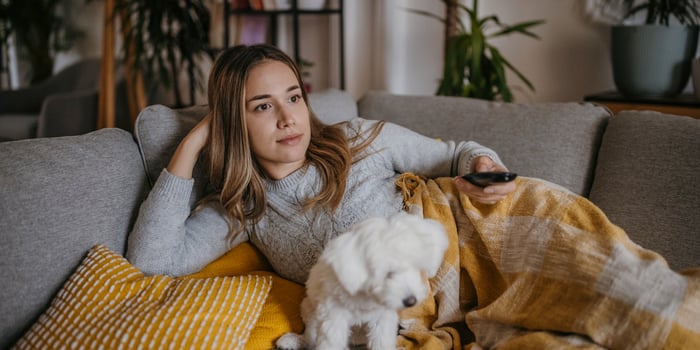 CGTV has long supported FAST programming, with support for apps such as Pluto TV and Tubi. And though the company has yet to confirm the details, Google's direct entry into FAST programming likely means the tech giant will also handle ad inventory and sales for the 50 channels.

Google operates one of the most successful ad exchanges in the world. Last year the company generated $256.7 billion in revenue, $209.5 billion of which came from its ad operations. And with regard to video advertising, YouTube contributed $28.8 billion in fiscal 2021.

Following Roku's Q2 earnings, the company's stock fell more than 20%. It's easy to imagine shareholders reacting in a similar manner should Google get into the FAST space anytime soon. Again, Roku's platform makes up the lion's share of its revenue. Google, on the other hand, has lots of other operations to help see it through an economic downturn.

Despite the challenges, Roku still has a significant user base, thanks to its operating system appearing on tens of millions of TVs and streaming sticks. It's reasonable to consider it will still hold its own no matter which other entrants get into the FAST space. But at a time when advertisers are spending less, competition from anywhere is going to test Roku. Stakeholders may want to take note of the possibility that its next challenge may come from an advertising behemoth.