These cheap, high-yield stocks could strengthen your portfolio.

Many business leaders and top economists now expect that economies will be shaped by a recession in 2023. If that proves to be the case, even strong companies will face a much more challenging operating backdrop. But there are things that investors can do to fortify their portfolios to prepare for such challenges.

Companies that trade at low earnings multiples and pay big dividends have historically managed to outperform the broader market and post relatively strong returns during recessionary periods. With that in mind, read on for a look at two high-yield dividend stocks that are worth adding to your portfolio before this month is out. 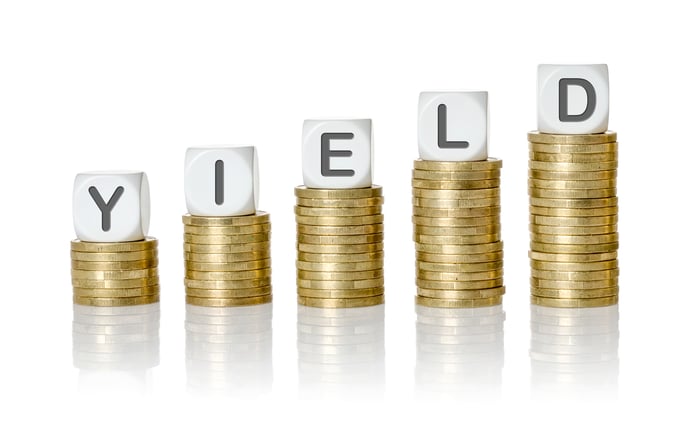 Out of the gate, it's worth mentioning that AT&T (T -1.69%) made moves that destroyed value for long-term shareholders over the last decade. The company paid far too much to acquire the declining DirecTV business back in 2015, and it followed that up with another disastrous deal to acquire Time Warner in 2019.

Both of these moves were largely unwound through spinoffs that destroyed billions in shareholder value, and they each played significant roles in AT&T's stock price declining roughly 24% over the last decade -- a stretch that saw the S&P 500 index's level climb roughly 166%. AT&T stock trades down roughly 41% from its 10-year high, but investors seeking undervalued stocks with great dividend profiles have an opportunity to build positions in a company that could deliver a stunning rebound story. 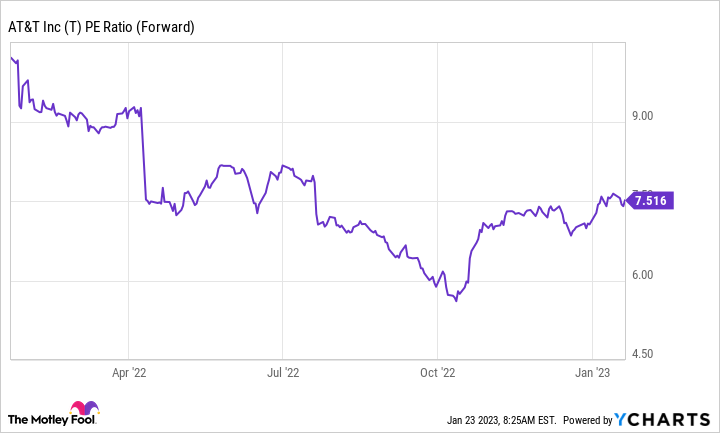 At current pricing levels, AT&T trades at just 7.5 times expected forward earnings. The company also pays a dividend yielding roughly 5.8% that looks soundly supportable even in the context of the capital-intensive nature of the telecommunications industry. AT&T expects to have generated roughly $14 billion in free cash flow in the 2022 fiscal year and paid out roughly $8 billion in dividends across that stretch.

While AT&T saw revenue dip roughly 4.5% in the third quarter, this was largely due to spinning off its U.S. video businesses. The company actually added 200,000 net wireless subscribers and 338,00 new net fiber customers in the period. Revenue for the wireless business climbed 5.6% year over year, while revenue for AT&T fiber jumped 30% compared to the prior-year period and pushed overall broadband services revenue up 6.1%.

With a big dividend yield and shares trading at low earnings multiples that suggest strong defensive capabilities, AT&T stock looks like a strong buy for value- and income-focused investors.

Altria Group (MO -0.85%) has one of the best dividend profiles of any company on the market. The company has raised its dividend payout annually for 53 consecutive years, and shares boast a yield of 8.2% at current prices.

With the stock trading at just 9 times expected forward earnings, Altria is cheaply valued and offers a fantastic returned-income component. Additionally, the company generated roughly $8.1 billion in free cash flow over the trailing 12-month period. With its market cap sitting at roughly $80.5 billion, Altria is valued at approximately 9.9 times trailing free cash flow -- an eye-catching level in the context of its relatively resilient business and the turbulent backdrop of today's stock market.

While Altria's sales fell roughly 3.5% in the third quarter, this was largely due to the sale of its Ste. Michelle wine business. Aided by pricing increases for its core cigarette products, the tobacco giant's revenue is actually up 5.7% over the last five years. 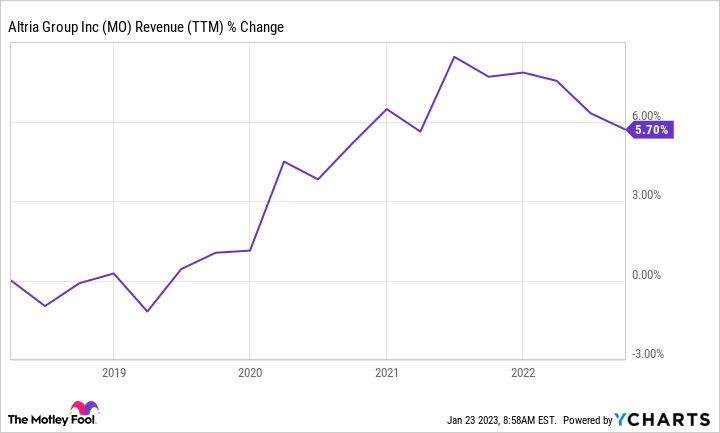 Along with the growth catalysts of buying back stock and reducing its outstanding share count, management expects to have grown earnings per share between 4.5% and 6% in the 2022 fiscal year -- and it's managed to grow earnings at a 7.9% compound annual growth rate from 2017 through 2021.

Given the company's brand strength and the addictive nature of its products, Altria's business should hold up pretty well even if 2023's broader operating backdrop winds up being shaped by economic downturn. With the stock trading at low earnings and free-cash-flow multiples and offering a stellar dividend yield, Altria stock looks like a great pick for investors seeking income-generating defensive plays.