Please ensure Javascript is enabled for purposes of website accessibility
Log In Help Join The Motley Fool
Free Article Join Over 1 Million Premium Members And Get More In-Depth Stock Guidance and Research
By Dan Caplinger – Jul 20, 2017 at 6:06AM

Profiting from this high-growth region of the world is easy with exchange-traded funds.

The Asia-Pacific region is a hotbed of business activity, bringing together a wide range of countries at different stages in their economic development. Japan stands as the elder statesman of the region, while China has brashly taken over the role as the largest economy there. With many different nations involved, using an exchange-traded fund to get measured exposure to a wide range of Asia Pacific stocks is attractive to many investors. The following five Asia Pacific ETFs show the diversity in the region and the need to look carefully at investment opportunities before making a final decision.

Different ways to look at the Asia-Pacific region

The key thing to understand about broad-based Asia Pacific ETFs is that they have to tackle the threshold question of which countries to include in their definition of the region. Probably the most important issue is whether to include the Japanese stock market, which is large and dwarfs most of the other countries in the region. Vanguard FTSE Pacific does include Japan, giving it a nearly 60% allocation in the fund, and leaving Australia's 17%, South Korea's 12%, and Hong Kong's 9% as the other main country allocations within the fund. From a sector perspective, the financial, technology, industrials, and consumer discretionary sectors get the highest share of assets, adding up to more than 60%, but the fund is still relatively diverse and matches up well with its benchmark.

The iShares Core MSCI Pacific ETF also takes a Japan-inclusive approach, with the island nation taking an even larger two-thirds share of fund assets. Australia, Hong Kong, and Singapore are the other countries with significant investments, with South Korea notably absent. Financials, industrials, and consumer discretionary stocks add up to more than half of assets, while other sectors are reasonably well-balanced beyond those key sectors. The core series of iShares ETFs is relatively new, but performance has been consistent with the fund's peers when you allow for the minor differences in coverage. 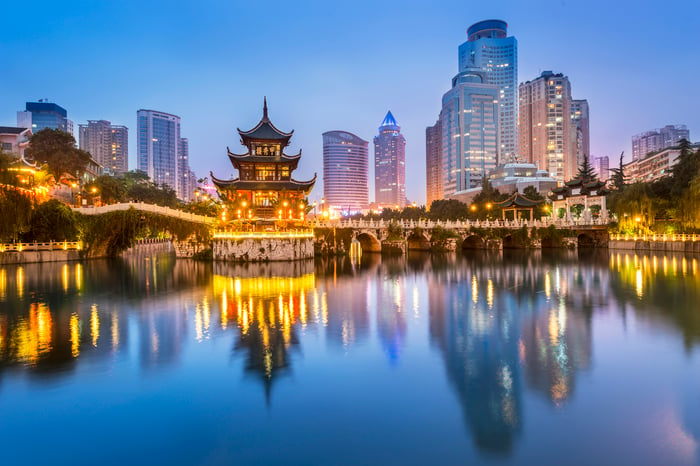 Two other iShares ETFs aim to give broad-based coverage of the Asia-Pacific region without including Japan. The All-Country Asia ETF emphasizes China, South Korea, Taiwan, and India, dividing three-quarters of the fund's assets among those four countries. Technology and financials represent more than half of the portfolio, and the prominence of China and India make this almost a surrogate for an emerging markets equity fund.

The iShares MSCI Pacific ex-Japan ETF doesn't have the emerging market coverage that its sibling fund offers. As a result, the fund looks nothing like its peers, with nearly 60% of assets invested in Australia, and Hong Kong and Singapore splitting nearly all of the rest. Financial stocks make up 40% of the fund, but Australia's natural resources help give real estate and materials a more prominent role than in most Asia Pacific ETFs.

Finally, the SPDR S&P Emerging Asia Pacific ETF explicitly aims itself at emerging market countries in the region. China captures 45% of fund assets, followed by Taiwan at 22% and India at 18%. IT and financial stocks compose more than half of the fund's holdings, with a clear emphasis on Chinese internet players making the ETF attractive to many growth investors.

Which Asia Pacific ETF belongs in your portfolio?

No single one of these ETFs will serve every investor's needs, as they have such different focus areas. Including Japan makes an Asia Pacific ETF serve a role as a piece of an even broader diversified portfolio, while leaving it out is an explicit attempt to profit from faster-growing economies. Either of those strategies is reasonable as long as it fits with your particular financial goals and risk tolerance.