Nearly 11 months ago and thanks in no small part to the statement above, I concluded that Jim Cramer was a menace to investors.

It only took a few months for the rest of the nation to catch on. John Stewart finally jumped on the bandwagon in March, exposing the man for what I think he really is: an entertaining (if not, irritating) media personality, but certainly not the champion of the individual shareholder that he often claims to be.

In fact, I consider him to be the closest thing to a walking, talking hazard for the individual investor there is. Now John Stewart may have the jokes, but I have the real reasons why he is precisely that and why you should take a pass on any investment advice he tries to give you. 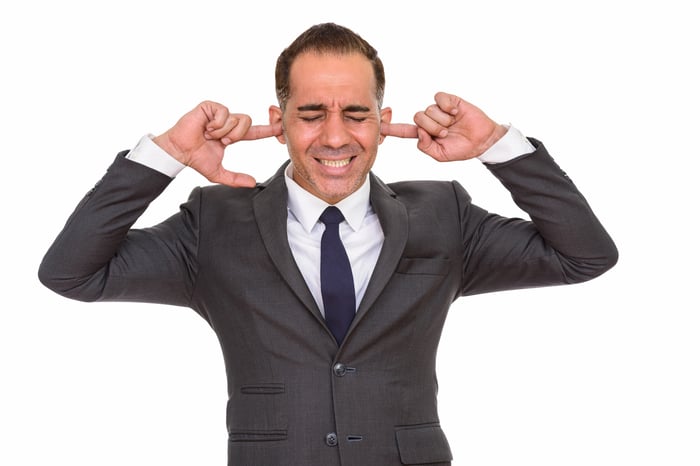 Thank you, John Stewart!
I continue to fully applaud Cramer's stated goal -- help people make money by investing in the stock market. But Cramer's outburst in October was a mistake—plain and simple. And, as Mr. Stewart so kindly illustrated, it wasn't his first time.

You see, when someone issues panic-inducing market calls (as Cramer does from time to time) – and urges investors to avoid long-term strategies to buy and hold good companies – the average investor simply gets crushed.

Cramer's Today show plea was grounded in a sound reality: Fools should never have money they need during the next five years in the market. But by advising people to indiscriminately sell, he helps contribute to exactly the thing that he's trying to avoid: investors losing money.

Chances are, when the market was taking a chainsaw to some of our more closely held assumptions about the US financial system, most viewers were so petrified that even a very small push was likely to convince investors to join the terrified herds pulling their money out of the market. And pull they did.

Between October and the end of November, investors pulled out a whopping $140 billion from U.S. equity funds. Based on what these funds were holding, they were indirectly pulling out of mutual fund mainstays like Waste Management (NYSE: WM), JP Morgan (NYSE: JPM), Halliburton (NYSE: HAL), Yum! Brands (NYSE: YUM), Yahoo! (Nasdaq: YHOO), and Texas Instruments (NYSE: TXN) -- many of which had already been hammered.

With the market still priced just a bit below his October "call," Cramer might've saved people some money in the very short term—and I'm pleased for that. But in order to complete the circle, he would have had to tell these people precisely when to get back in.

Where the heck was he on March 6, when we reached the most recent market low? He was nowhere to be seen on national television. Those people who were convinced to run for the hills just missed out on one of the biggest market rallies ever -- that no one saw coming. No matter how good his first call was, that's 50% he won't be able to give you back. And therefore, it was a mistake.

Instead of holding onto the steady blue-chip stocks that have historically provided investors with some of the strongest long-term returns, many investors were just progressively selling at historic lows ... thereby ignoring the sound and sage advice from names like Buffett, Lynch, Graham, Munger, and Bogle. That's the larger point.

It moves completely randomly and unpredictably over the short-term -- and therefore trying to make a "call" on the market won't consistently work out for you. Pick a direction (up or down), and there's a 50% chance of being right -- even though the prediction is rather meaningless.

The scary part is that Cramer flip-flopped numerous times in 2008, trying to call the bottom at various points throughout the year. While CNBC may gloss over this fact, I've taken careful notice. Don't forget about his theory that 2008 would be the year of natural gas. Ouch.

The talking heads on TV get paid to put on a song-and-dance show and attract viewers. It's entertainment, folks. Your education or your personal success, as John Stewart as kindly brought to light, is a secondary priority (or not a consideration at all). Following the advice of those that say they can predict the markets is likely to cost you thousands (if not more).

Why?
In the real world, there are commission costs, taxes, and opportunity costs -- all of which have a tremendous impact on the returns that you're likely to experience.

Every time you pull the trigger in your account, think about your broker and the tax-man doing a little touchdown dance. Much of their income is predicated on you transacting as much as possible.

Take a hint from someone who knows a lot about the hidden costs of investing: John Bogle, the founder of Vanguard Investments. He writes: "No matter how efficient or inefficient markets may be, the returns earned by investors as a group must fall short of the market returns by precisely the amount of the aggregate costs they incur. It is the central fact of investing."

Think about that the next time you hear "Buy, Buy, Buy" or "Sell, Sell, Sell."

And for those who listened to Mr. Cramer on his "prescient" October market call to sell, don't forget that he probably didn't bang on the table loud enough to get you back in on the 50% rally we've just had. Hopefully, you got yourself back in.

The Foolish bottom line
If you want to make money in the stock market, you need to tune out the panic -- or the euphoria. You need to remember that no one has any idea where the market is going in the near or medium term. You need to buy shares of great, built-to-last businesses. You need to hold for the long term. And you need to keep as much money as you can from the tax man or your broker.

That's what we do at Motley Fool Stock Advisor, and it's paying off. Take two of our best stocks, Marvel Entertainment and Gamestop (NYSE: GME). We recommended buying shares of these stocks more than 5 years ago. Both have thrashed the market by incredible margins. Had Disney not purchased Marvel just this week, I bet we would have continued to hold it, along with Gamestop, for a long time to come.

What was the cost of doing all this? Probably $24 in broker fees and $0 in taxes. That's a perfect example of what I'm talking about. In fact, our whole scorecard is beating the S&P 500 by 43 percentage points.

As for Cramer ... he undoubtedly has an uncanny knowledge of tickers, prices, and strange catch-phrases. But what he sorely lacks -- and what you must never forget in your investing days -- is temperament. It was Warren Buffett who once said that "the most important quality for an investor is temperament, not intellect."

Want to see what else we've recommended and what we're recommending now? Click here to get a free, 30-day trial to Stock Advisor -- there's no obligation to subscribe.

This article was originally published Oct. 23, 2008. It has been updated.

Nick Kapur owns shares of Disney. Disney, Marvel and Gamestop are Motley Fool Stock Advisor selections. Disney is also an Inside Value recommendation. The Motley Fool's disclosure policy would never suggest it could predict or time the market.