Congress is about to level the energy playing field.

In just over 200 words, Congress could rejuvenate the rush to renewables. Led by Vermont Senator Chris Coons, a political power squad is well on its way to leveling the energy playing field for investors. With some common sense and a little luck, energies like solar, wind, and hydro could soon receive a tax break that's benefited oil and mining companies for over 30 years. Here's the latest dirty on clean energy.

Have your cake and eat it, too
When the U.S. government decides to give a corporation a financial leg up, one of the most common and effective tools it uses is tax breaks. For over 30 years, traditional energy companies have benefited from a special "Master Limited Partnership" (MLP) classification that cuts out corporate taxes and funnels funds straight to shareholders.

MLPs were first created to push capital into otherwise risky or potentially underperforming energy investments, and have proven extremely effective over the years. Legislation in the 1980's limited MLPs to oil and gas extraction and transportation companies that generate 90% of their income from specific sources like mining and natural resources. In 2008, the definition was expanded to include ethanol, biodiesel, and other fuels, but fell short of an all-inclusive renewables approach.

Currently, approximately $290 billion of market capital is invested in energy MLPs, with about 80% of those investments in midstream oil and gas pipeline projects.

Now, nearly 32 years after their creation, all that might be about to change.

Parity, please
In a rare moment of legal simplicity, Christopher Coons has put forward a "MLP Parity Act" to support the Obama administration's "all of the above" energy strategy and level the economic playing field for all energy sources. Included in the expansion are wind, solar, hydropower, biomass, geothermal, and municipal solid waste energy sources, among others.

The act doesn't affect any currently qualifying companies, and serves as an addendum and definition more than a stand-alone law unto itself.

Coons has pulled together cross-sector support for the act, from corporate executives to academics to environmental organizations. Most importantly, the Senator has political sponsorship from both sides of the House and Senate, with Republican Sen. Jerry Moran of Kansas leading the bipartisan push.

Winners and losers
The energy sector has been on a roller-coaster ride over the past ten years, as rising oil prices, dropping natural gas prices, and Japan's nuclear disaster have called into question the way we produce energy. 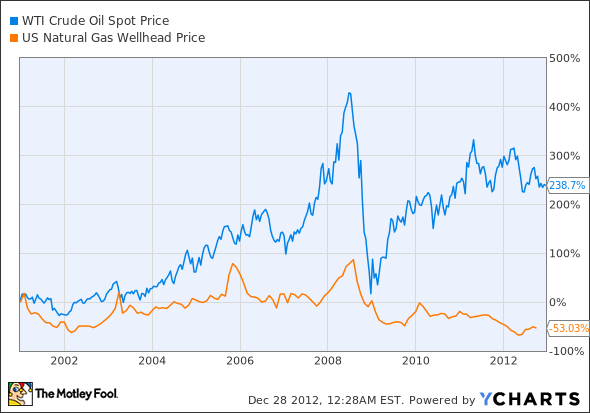 The MLP Parity Act might be just what these companies need to attract the sort of sustainable investment that stays with a corporation through the thick of research and development and capital expenditures. As China cuts its own subsidies and companies like Trina Solar (NYSE: TSL), LDK Solar (NYSE: LDK), JinkoSolar (JKS 7.71%), Suntech Power (NYSE: STP), and Yingli Energy (NYSE: YGE) feel the squeeze, solar investors are on the lookout for new opportunities.

Utilities with a focus on renewables will be first in line for MLP treatment. Corporations like Exelon (EXC 2.21%), NextEra Energy (NEE 1.92%), and Duke Energy (DUK 1.13%) could get an extra bump from their recent focus on wind, solar, and/or hydropower generation sources. All three utilities have made commitments to renewable energies, and are currently in the process of diversifying their portfolios to increase their renewable capacity.

But the MLP Parity Act won't just affect companies that qualify for the classification. Investment in renewable energy facilities can help to scale research and development efforts and increase demand, improving the profitability of the renewables sector in its entirety. Spillover effects into manufacturing companies like First Solar (FSLR 1.93%), GT Advanced Technologies (NASDAQ: GTAT), and SunPower (SPWR 4.42%) are inevitable as the sector expands. Likewise, secondary investors like General Electric (GE -0.03%) and Berkshire Hathaway (BRK.B -0.17%) will get their piece of the profit pie in due time.

Go green to make green
As if the fiscal cliff isn't enough of a reminder, Congress is fickle. But the MLP Parity Act has significant backing and makes economic sense. The federal government has artificially inflated oil and gas companies' value proposition since the 1980's, and it's high time the energy sector became a bit more rational. Give renewables the chance you couldn't give them before, and get ready for a new year of green energy and greenbacks.