Seasonally adjusted initial jobless claims fell 1.3% to 366,000 for the week ending Feb. 2, according to a Labor Department report released today. These newest numbers restore some steadiness to the labor market, after early January registered five-year lows in new claims, followed by a revised 12.4% spike for the week ending Jan. 26. 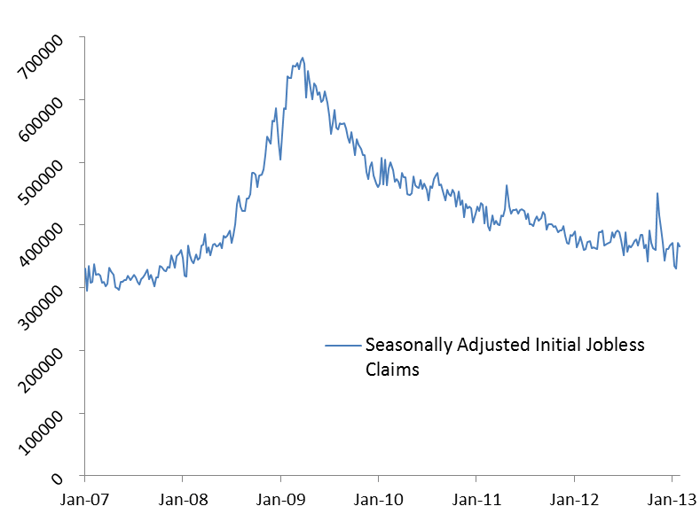 On a state-by-state basis, 16 states notched decreases of more than 1,000 in their initial jobless claims for the week ended Jan. 26 (most recent available data). California reported a whopping 20,400 drop in new claims, citing fewer layoffs across the board, but especially in the services sector. North Carolina was the only state to register an increase of more than 1,000, listing layoffs in construction and petroleum industries as the primary reasons for its 2,000 additional new claims.