Celgene is just revving up with blockbuster drug Revlimid.

What a roll Celgene (CELG) has been on lately. The company has experienced success after success in recent months. Celgene's strength stems from its solid current product lineup, as well as promising drugs in the pipeline.

To fully understand this big biotech's potential, investors need to know how Celgene's product portfolio is positioned for the future. That's why we're launching a new series that explores each of the company's drugs. We begin by looking at Celgene's work horse: Revlimid.

Revlimid in review
Revlimid is approved in the U.S. and other countries for the treatment of multiple myeloma and myelodysplastic syndromes, or MDS. Both are bone marrow diseases that results in fewer red blood cells being produced.

Revlimid accounts for over two-thirds of Celgene's revenue. No other drug in the company's portfolio even comes close. 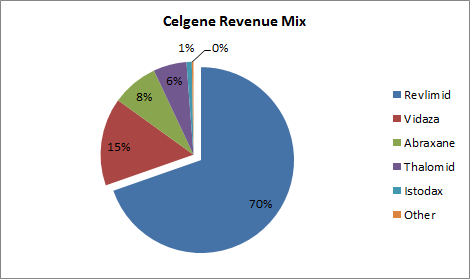 With such a heavy dependence on one drug, is Celgene at risk? It would be if Revlimid's sales were in jeopardy. However, the good news for the company is that sales for the drug continue to grow. 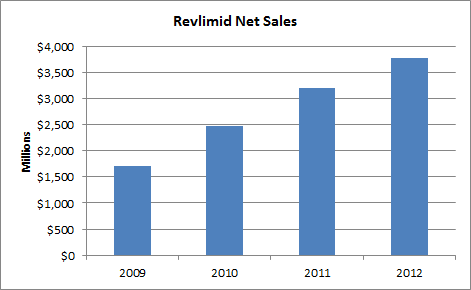 While the growth rate for Revlimid sales is slowing some, net sales for 2012 still were 17% higher than the previous year. Celgene continues to see strong sales for the drug both in the U.S. and internationally.

Challenges
Revlimid currently stands as the market leader in the multiple myeoloma market. Rival drug Velcade from Johnson & Johnson (JNJ -0.01%) and Takeda has been on the market a little longer, but hasn't been able to steal the top spot from Revlimid.

In 2012, the Food and Drug Administration approved Onyx Pharmaceuticals' (NASDAQ: ONXX) Kyprolis. The newer drug could ultimately prove to be a threat for Revlimid. However, for now Kyprolis is only approved as a third-line treatment for patients who relapsed after taking Revlimid and Velcade.

Celgene could also face competition down the road from elotuzumab from AbbVie (ABBV -0.06%) and Bristol-Myers Squibb (BMY 1.57%). The experimental multiple myeloma drug is currently in late-stage clinical trials.

Just revving up
Even with challengers, all signs point to Celgene just revving up with Revlimid. The U.S. patent for the drug doesn't expire until 2027, with the European patent expiring in 2024. Celgene expects 2013 sales for Revlimid to rise 10% year-over-year to around $4.1 billion.

More good news could be on the way, also. Celgene submitted for regulatory approval in 2012 for Revlimid in treating mantle cell lymphoma. Four late-stage clinical trials are under way, studying the effects of Revlimid in the treatment of newly diagnosed multiple myeloma.

Look for Revlimid to continue as a powerhouse for Celgene. At the same time, though, the drug will shrink as a percentage of total revenue as more products step up to the plate. Stay tuned over the next few weeks as we dig into these up-and-comers from this biotech on the move.