Two weeks after Alcatel-Lucent (NYSE: ALU) announced CEO Ben Verwaayen was stepping down from both his executive position and from the board of directors, the French telecom equipment maker today announced his replacement: Michel Combes, the former CEO of Vodafone's European operations. The change will be effective April 1.

Combes, 51, has also served as chairman and CEO of TDF as well as being France Telecom's CFO and senior executive vice president. He will join the board of directors at Alcatel if approved by shareholders at their May 7 annual meeting.

Alcatel's board chairman, Philippe Camus, said, "As chief executive he will be responsible for delivering sustainable profitability. His deep knowledge of the industry as well as his experience of major business and financial transformation at a worldwide level will be pivotal in helping the company pursue its aggressive transformation, while meeting customer needs with disruptive innovation."

Verwaayen is leaving the company after a five-year stint in the top spot that saw the telecom generate billions of euros in losses and witnessed its stock price sink below $1 a share at one point. Although the company has rallied from those depths, it still sits 45% below its 52-week high of $2.66. 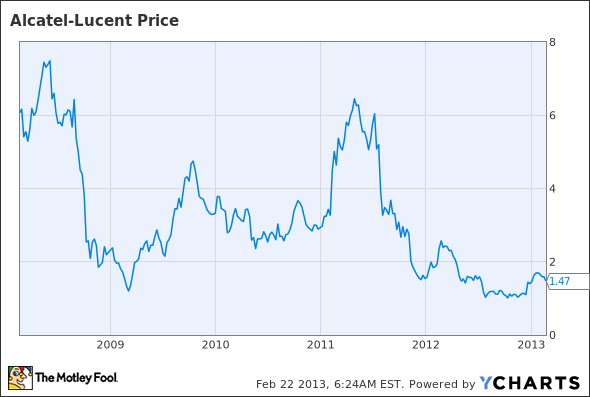