These stocks have risen sharply in the past few months. Are they still cheap investments?

Oh, how valuations can change. A few months ago all of these growth companies were trading at significantly reduced prices and were prime candidates for value investors. Now that the calendar sits halfway through April each company has gained "mad respect" from Mr. Market. Investors who had any of these once-cheap investments on their watchlists since the beginning of the year may be left wondering if they still warrant an investment. Let's evaluate each company.

1. Renewable Energy Group (REGI 0.03%)
REG surpassed $1 billion in annual revenue for the first time in its history last year while continuing to grow in every important category. The company sold 188.4 million gallons of biodiesel last year -- about 20% of the country's 2012 output -- and is poised to continue capturing the market's upward trajectory. It's not difficult to see why with 225 million gallons of annual (MMga) production capacity throughout the country and 150 MMga under construction. 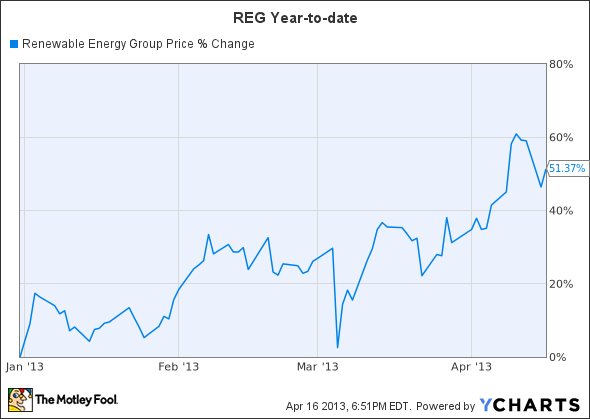 Book value stood at $13.34 per share as of last quarter. While that's still a huge premium to the current share price, there are several headwinds facing the company and the biodiesel industry at large. For instance, unlike ethanol's mandatory blend ratio of 10%, no threshold has been set for biodiesel. A consortium of companies, including REG and pipeline giant Kinder Morgan, have lobbied for a national blend of 5%, but it doesn't seem likely to become law anytime soon. Additionally, producers, blenders, and investors always seem to hold their breath late each year in anticipation of the requirements for the next year, which adds to the volatility in an already combustible renewables sector.

Nonetheless, I believe there is still good value inside shares of this biodiesel producer with growth and awareness gaining steam.

2. U.S. Silica (SLCA 1.10%)
Shares of monocrystalline sand producer U.S. silica have soared this year along with the prospects for the country's energy production. The company's sand has become increasingly popular as a proppant, which are pumped into wells to keep fractures open and hydrocarbons flowing, for use in the oil and gas industry. Using proppants can significantly improve a well's profitability and productivity. Aside from its booming oil and gas business, U.S. Silica provides raw materials for various industrial purposes. 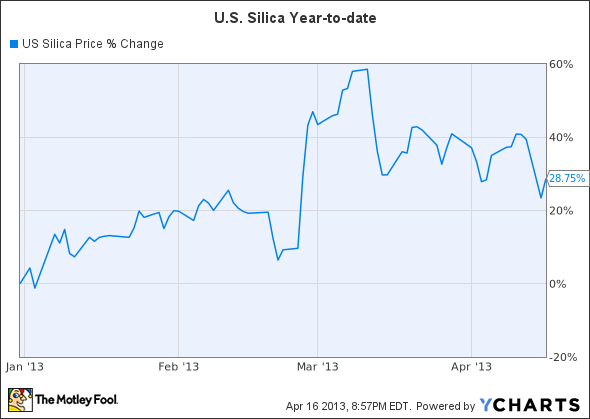 Shares of U.S. Silica are nowhere near book value, but that doesn't matter in every industry. If growth pans out even close to what analysts expect (EPS growth of 47% between 2012 and 2014) shares look cheap any way you slice 'em. Current P/E is under 15 and the PEG ratio resides under 0.40. Just be sure to keep an eye on drilling activity (link opens PDF) to see how this story is developing.

3. Zoltek (NASDAQ: ZOLT)
Zoltek was an interesting investment at the beginning of the year for futurist investors. The company is one of the largest manufacturers of carbon fiber in the world. In fact, its lightweight and high-strength carbon fiber is used almost exclusively in the largest wind turbine blades around the world and played a major role in America's 20-fold improvement in breezy energy capacity since 2000. This material of the future has many other uses and potential uses as well, but Zoltek has never really gained the confidence of the market in any big way: Its market cap was hovering near $300 million at the start of the year. 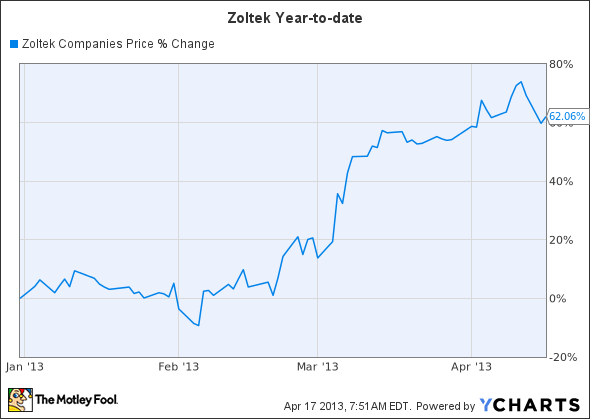 That changed quickly when Jeffrey Quinn of Quinpario Partners attempted to acquire the company in the beginning of March. After two unsuccessful attempts behind closed doors, the firm disclosed a 10% position and shares soared to levels last seen in 2011. Quinn was fed-up with the company failing to deliver on its game-changing potential and lack of market penetration, but the current board has rejected all offers. The current pace of growth and a PEG ratio over two are nothing stellar, which leads me to believe that without an acquisition shares are doomed to fall back to earth. Caveat emptor.

4. Air Lease (AL -0.92%)
The airline industry has been traveling through a patch of turbulence in the past year. Airlines are buying refineries, merging left and right, dealing with environmental regulations in Europe, and growing tremendously in international markets. Air Lease, believe it or not, offers a way to mitigate all of those risks. As you can probably deduce, the company leases aircraft to markets around the world. Each aircraft is brand-spanking-new, comes in one of the most popular sizes, and is among the most fuel efficient in the world. No wonder shares have left the runway this year. 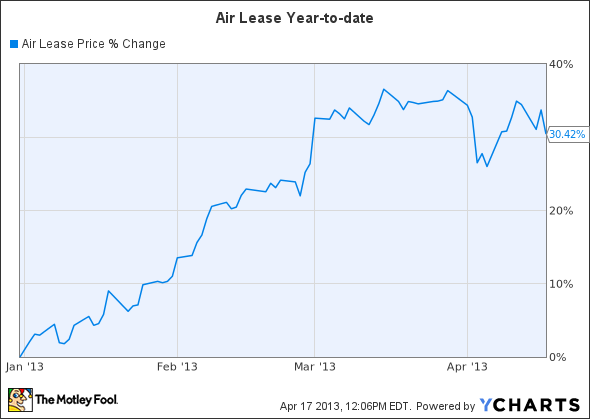 Is Air Lease still a cheap investment? With a PEG ratio of just 0.50 it's obvious that the growth is just getting started. Between 2013 and 2016 the company is expecting to add 118 new aircraft to its stable. A total of 68 aircraft, or 58% of the additions mentioned, are already leased! The company also paid its first dividend ever in the last four months, which will be sure to reward long-term investors.

Foolish bottom line
Here's my confession: REG and Air Lease have been longtime members of my watchlist. So if you're kicking yourself for not pulling the trigger, I can understand your pain. However, don't make the mistake of casting these formerly cheap investments aside because of their recent run-ups. If your analysis was sound in the first place and nothing about the companies has fundamentally changed, then you may want to consider staking a position to capture the long term rewards. Remember: The market goes up and down, so timing is useless. Better to keep your cool than to permanently affix yourself on the sideline.