Apple has numerous ways it can trigger a fresh iPhone upgrade cycle this year with various software services and features.

With the iPhone 5 that was launched last September, there really was no "killer" feature that Apple (AAPL 0.17%) introduced with the device.

The Mac maker became a map maker with the release of Apple Maps, but we know that transition didn't go so well. Besides, Apple Maps was made available for numerous older devices, so it couldn't provide incentive to upgrade even if it proved to be a smashing success. It was the first LTE-equipped iPhone, but that was mostly table stakes by late 2012.

What killer features can Apple release this year to spark a fresh upgrade cycle?

1. iWallet
Apple has been notably silent amid a broader push toward mobile payments. Google (GOOGL -1.34%) Wallet was launched nearly two years ago, leveraging near-field communications, or NFC. Wireless carriers had already put aside their differences to create the ISIS mobile commerce platform, which was announced in 2010.

All the while, Apple has sat by twiddling its aluminum thumbs, even as it sits on 500 million active iTunes accounts in 155 countries with credit card numbers on file. Thus far, Apple's only wallet-esque move has been to release Passbook in iOS 6, which does wallet tasks other than payment. 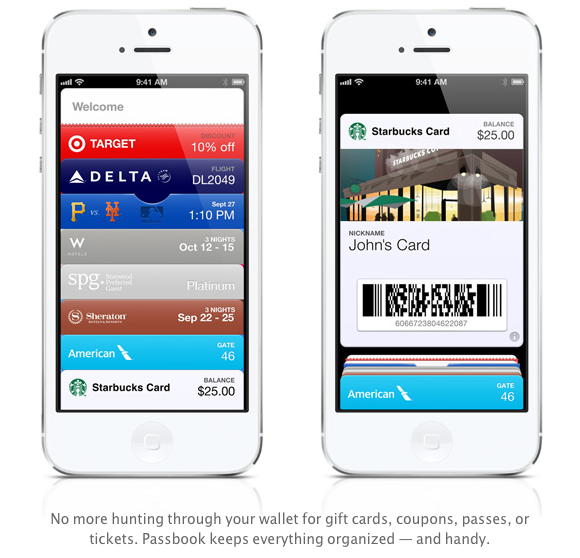 While Apple has downplayed NFC in the past because of the chicken-and-egg problem that the technology faces, the iPhone maker has also filed numerous patent applications related to NFC payments.

Security will probably be incorporated into a fingerprint sensor built into the home button, leveraging the AuthenTec acquisition last year. Since a mobile payment service using a fingerprint sensor includes a hardware element, users might be compelled to upgrade their devices if the service is unique, boosting unit sales in the process.

2. iRadio
The music industry is in the midst of a transition toward streaming access models, and as a dominant force in digital music, Apple must inevitably respond in kind. Even though iTunes isn't a major profit center for Apple, the company has always been passionate about music and complementary content sales strengthen its ecosystem by raising switching costs.

Since Apple has such a dominant position in digital music sales, it has another method to monetize a streaming service. Recent data shows that streaming listeners are more likely to purchase music, so Apple could send interested listeners to iTunes to buy content, which could help cover operating costs and royalties on the streaming side. Many existing services already include iTunes referrals, but Apple could do it better since it owns iTunes in the first place.

Add in some iAds, and offering an integrated music streaming service exclusive to iOS that's free to users is within reach.

3. Siri
I know what you're thinking: "Siri came out over 18 months ago! What are you talking about, Fool?" Hear me out.

Even though Siri is mostly software-based, it was launched as a feature exclusive to the iPhone 4S. I say "mostly" because there was technically a hardware element, too. The iPhone 4S had an improved version of Audience's (NASDAQ: ADNC) background noise filtering technology integrated directly into the processor, whereas the previous iPhone featured a discrete hardware chip from Audience. Hackers were still able to get Siri to run fine on the older hardware, so Apple's rationale for the exclusivity was only partially valid. 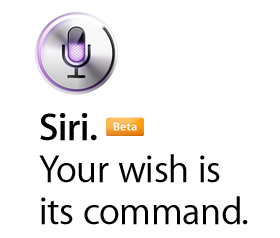 More importantly, Siri is still technically in beta and has yet to see an official stable release. While Siri has yet to shed its effective "work-in-progress" label, Apple has continued to add new features and services to the virtual assistant. The bad news is that Siri is mostly considered a novelty instead of the revolutionary feature it was initially billed as (I'm guilty as charged). A year ago at D10, Tim Cook said that Apple was "doubling down" on Siri, saying a slew of new features were en route. Retrieving sports scores are hardly what I'd consider "doubling down," and Apple has been hiring engineers to teach the assistant new tricks. In its job listings, Apple described Siri as an "entire miniature OS within the OS," showing how ambitious its plans are. So far, Siri seems like unrealized potential.

In many ways, Google Now is everything Siri wants to be. Google has some advantages in data though, since it can incorporate many more sources for predictive purposes, such as flight and traffic data. Siri could potentially be one area where Apple could grow its integration ties with Yahoo! (NASDAQ: YHOO). CEO Marissa Mayer has put a big emphasis on mobile, including acquiring numerous iOS app start-ups. Scoring an Apple partnership to serve up Yahoo!'s data and content within Siri could be a big win for both companies while putting heat on a mutual rival.

A dramatically improved Siri could easily be a killer feature.