Basketball great Kareem Abdul-Jabbar has led a pretty charmed life. Still, at age 66 he does have a few regrets. Twenty, to be exact.

Over at Esquire.com the former Lakers center provides a rundown of the things he wishes he had known back in 1977 when he was 30 years old. No. 3 on the list of advice he'd give his young self -- coming before "Career is never as important as family," "Do more for the community," and "Don't be so quick to judge" -- is this: "Become financially literate." 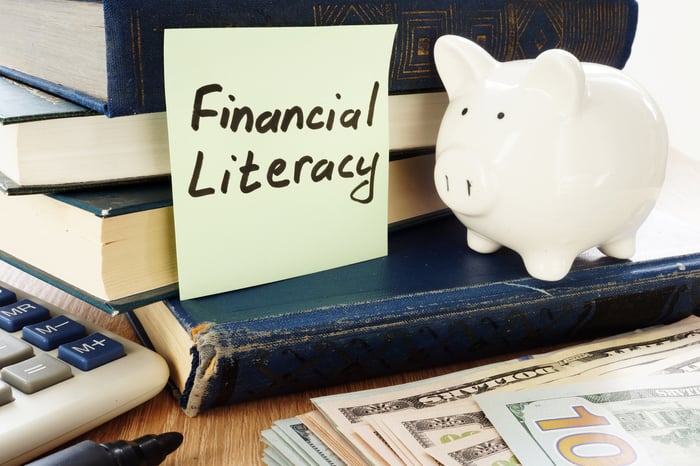 According to the K-Man (hey, it's his nickname for himself), "'Dude, where's my money?' is the rallying cry of many ex-athletes who wonder what happened to all the big bucks they earned."

"Dude, where's my money?" became his rallying cry in the mid-1980s when he discovered that his financial advisor had used a significant amount of Abdul-Jabbar's cash to invest in a real estate development deal that went sour.

What's the deal with celebs and bungled finances?
How exactly do the rich and famous manage to so badly botch their finances? In most cases, we can only speculate. Did "pay taxes" not make it onto Wesley Snipes' April to-do list? Do they have liquidity issues, with all their money tied up in castles and dinosaur fossils (ahem, Nick Cage, ahem)?

Don't these people have people for these kinds of things?

Actually, we can answer that last one: Yes, they do have people. Sadly, those people don't always have their back.

Nicolas Cage had a guy to manage his affairs. Cage sued that guy for mismanaging his finances and leaving the actor with $6 million-plus in tax liabilities.

Steven Spielberg, Kevin Bacon, and Kyra Sedgwick also had a guy. His name was Bernie Madoff.

Abdul-Jabbar also had a guy. It was business manager Tom Collins, who took charge of his career, life, and money.

How did Abdul-Jabbar come to hire Collins? "Naivete made me choose Tom," Abdul-Jabbar told Sports Illustrated in a 1987 interview:

I just assumed Tom knew what he was doing. I felt insecure going out and trying to find somebody new. He represented a lot of athletes, there hadn't been any complaints that I was aware of, so I just decided that the status quo was fine.

Abdul-Jabbar signed a one-page document giving Collins carte blanche with the basketball star's money... everything from investing to signing checks to taking out loans.

He started to suspect things were not going well when he stopped receiving updates from Collins. He didn't know yet that Collins had invested a significant sum of the athlete's money in real estate deals that started crumbling in 1984 and 1985.

In 1986 Abdul-Jabbar had an independent audit of his finances and found out that he was liable for $9 million in debt. Collins was fired. Lawsuits and life lessons followed.

Can I see your credentials?
In Abdul-Jabbar and other athletes, Collins found his perfect clients: ones who don't ask too many questions.

"Some [athletes] suffer from unwise investments or crazy spending, and others from not paying close attention," Abdul-Jabbar writes in his Esquire.com confession. "I was part of the didn't-pay-attention group. I chose my financial manager, who I later discovered had no financial training, because a number of other athletes I knew were using him."

Collins' resume reveals that he held a number of trusted positions before becoming a sports agent. He had been a bank teller, FBI trainee, manager of a Pepsi bottling plant, and market researcher for Dun & Bradstreet.

He did a bit of everything. Everything but become a credentialed financial advisor.

While it's tempting to tsk-tsk Abdul-Jabbar about his blind trust, it turns out that even doing your due diligence can't always alert you to the bad guys. Nicolas Cage's guy had no disciplinary actions against him in the 25 years he had been a licensed certified public accountant. Bernie Madoff had a perfectly pristine record.

Unfortunately, in most states just about anyone can call him- or herself a "financial planner." It's your job to dig deeper and look for official designations -- titles like Certified Financial Planner (CFP), Chartered Financial Consultant (ChFC), or certified public accountant (CPA) with a specialty designation as a personal financial specialist (PFS).

Even then, the designation only tells you that the person has proper training and experience. It says nothing about the quality of work they provide. For more on fully vetting a financial pro, see the links at the end of this article.

The bottom line
Things would have been different if the 30-year-old K-Man had followed his modern-day advice and become financially literate. Still, it didn't take long for the young Abdul-Jabbar to put his financial life back on track.

According to Celebritynetworth.com, today he's worth $20 million. That is probably in no small part due to the financial smarts he began to acquire roughly 30 years ago.

In the 1987 Sports Illustrated interview from the office of his lawyers trying to sort out the financial mess Collins left, Abdul-Jabbar revealed that he had become a much more active participant in managing his finances, signing all of his own checks and keeping close watch over his advisors. "It's been a crash course in business school and I've paid steep tuition," he said.

The SI writer added, "He has learned the hard way that an athlete has to take responsibility for what is being done with his money." The same can be said about anyone, whether you have $2,000, $20,000, or $20 million to your name. After all, there is no one who cares more about your financial well-being than you.