Southwest Airlines (NYSE:LUV) will raise its quarterly dividend fourfold, the company announced yesterday, increasing it to $0.04 a share from the current level of a penny. Annualized, this amounts to more than $100 million.

Southwest CEO Gary C. Kelly said: "Over the past 24 months, we have returned over 20% of our operating cash flows, or approximately $770 million, to shareholders through share repurchases and dividends."

The new $0.16-per-share annual dividend payment yields 1.1% based on the closing price of Southwest Airlines' stock on May 15. 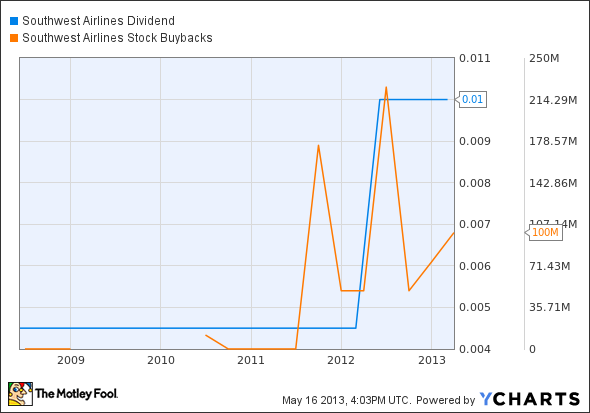