Investors can have the blinders on to some extent when it comes to health care. Biotech and pharmaceutical stocks get the most buzz, but plenty of other companies that do business in the health care industry could be worthy of consideration. Buying GE (NYSE:GE) stock, for example, probably isn't on many investors' radar screens as a health-care play, but should it be? Let's take a look.

Bringing good things to life
While GE is a massive conglomerate spanning multiple industries, its GE Healthcare segment claims an important place within the company. Healthcare ranks as the fourth-largest segment overall in terms of revenue and the third-largest industrial segment. 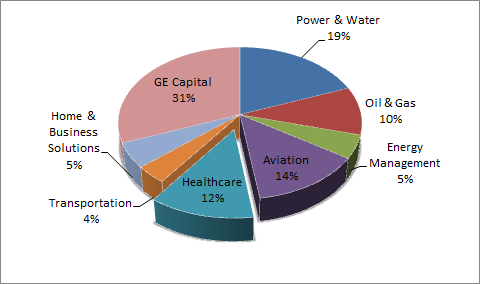 On the medical equipment front, GE Healthcare has a handful of major rivals. Philips (NYSE:PHG) and Siemens (OTC:SIEGY) stand out as two of the leading competitors. Both, like GE, are conglomerates that boast large health care business segments. Both Philips and Siemens market many of the same types of medical imaging equipment that GE does.

GE Healthcare also claims one of the top spots in the world of electronic medical records. The Centers for Medicare and Medicaid Services, or CMS, reported recently that the company ranked in the No. 5 spot for Meaningful Use attestations needed for health care providers to receive federal incentives. Only two publicly traded companies placed higher than GE Healthcare -- Allscripts (NASDAQ:MDRX) and Quality Systems' (NASDAQ:NXGN) NextGen Healthcare unit.

Imagination at work?
Just being big doesn't necessarily make a company a good investment. Are we letting our imaginations run wild by even considering buying GE stock as a health care play? Maybe. 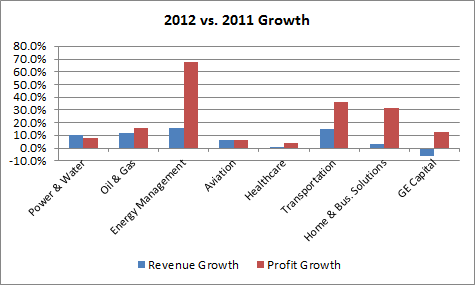 On a positive note, GE Healthcare's numbers easily surpassed those of Allscripts, which had flat revenue in 2012 compared to the prior year and experienced declining net income. Quality Systems, meanwhile, outperformed on revenue with 7% growth but saw net income plummet.

GE stock has held its own when compared to these rivals. So far in 2013, shares are up 16% -- better than all of the aforementioned companies except Allscripts, which has rebounded this year from a big sell-off in the fourth quarter of 2012. Of course, GE stock's relative success hasn't really been due to GE Healthcare. 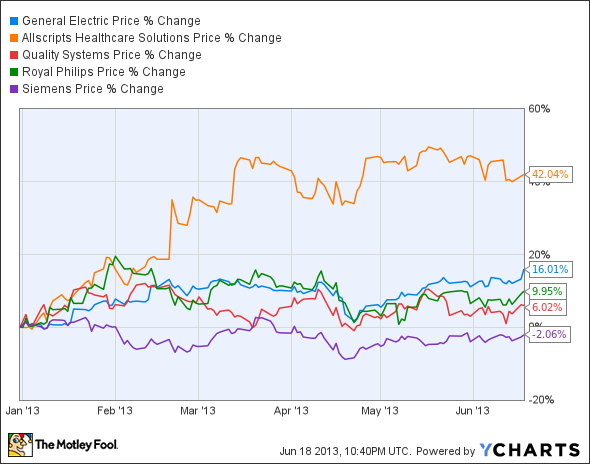 Foolish take
What's the bottom line? GE isn't a bad investment. The stock has performed reasonably well recently and isn't priced extravagantly. I also like the solid dividend yield of 3.2%.

But is buying GE stock a smart health care play? Despite its enviable position in several health care markets, I think there are better picks in the industry. Maybe one of those pharma stocks getting the buzz would be smarter after all.