Considering Zynga's (NASDAQ:ZNGA) expeditious fall from grace, it's hard to imagine any company looking on enviously -- especially one that has a unique insight to Zynga's business: Facebook (NASDAQ:FB).

For years, Facebook and Zynga have been two peas in a social pod. Last quarter, 76% of Zynga's bookings were generated through Facebook. Last fiscal year, Zynga comprised 9% of Facebook's total revenue. The social network noted that Zynga's contribution to its payments business continues to fall, and Zynga wan't mentioned in the most recent 10-Q as a 10% customer.

As part of Zynga's turnaround efforts -- before yesterday's announcement that Don Mattrick would be leaving Microsoft to become Zynga CEO -- Zynga had begun to explore game publishing as a way to diversify away from casual gaming toward the "mid-core" segment. The company tapped developer Phosphor Games to release Horn last year, which earned strong reviews and climbed the charts.

TechCrunch is reporting that Facebook may be looking to also enter the game publishing business now. The company is supposedly partnering with smaller independent developers, cutting distribution deals with ads in exchange for a percentage of sales. Facebook is more concerned with distribution and isn't influencing the content of the games, which other publishers tend to do.

Facebook's gaming platform, which drives the vast majority of its payments revenue, was once soaring but has cooled over the past couple of years. Instead, users are shifting to mobile gaming platforms where Facebook doesn't get a cut. 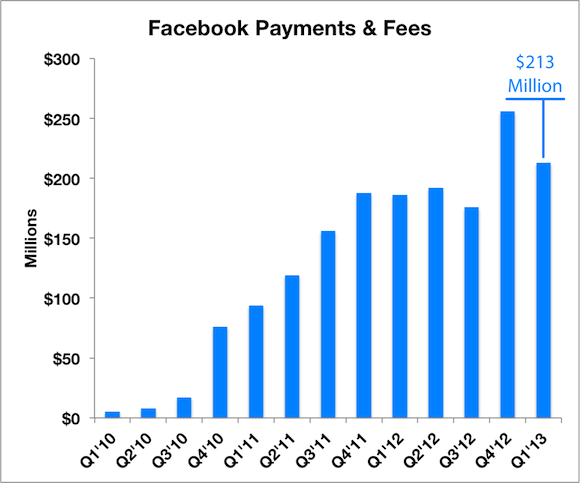 Some of the growth has been a function of Facebook's growing user base. Isolating average revenue per user within the payments segment, the payments business has regressed further in this respect with payments ARPU actually lower than it was in late 2011. 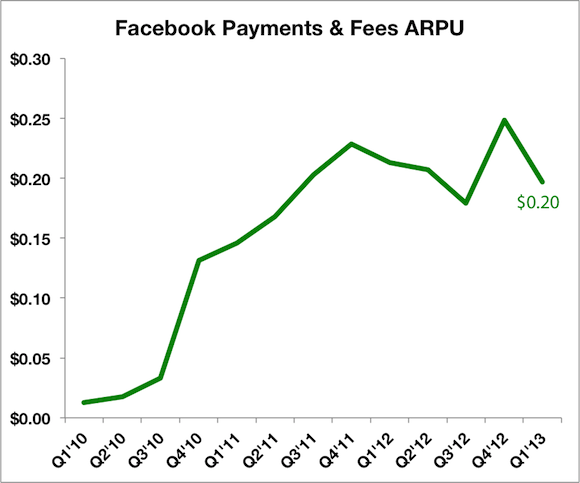 The North American market is where Facebook enjoys the highest payments ARPU, which is more than three times as high as in Europe. Facebook doesn't disclose these figures specifically, so some manual calculations are required.

With that in mind, Facebook is likely going after domestic game makers with its publishing forays. With the payments business beginning to slow, the social network is hoping some direct intervention can reinvigorate gamer interest.