Despite missing earnings estimates last week, largely as a result of one-time charges related to executive compensation, the road ahead looks promising for Stillwater Mining (NYSE: SWC) based in no small part on increasing strength from the automotive sector. Particularly in the U.S., where light-vehicles sales have seen significant growth, industrial demand for platinum and palladium should continue to see strength. While the recent management shakeup may give investors some pause, the company looks very well positioned from here, particularly if it can breakout above the $13-$14 range.

The earnings results
Late last week, Stillwater reported a loss of $5.3 million or $0.04 per share. Total revenue came in at $266.5 million. To put these numbers in perspective, a year ago Stillwater earned $0.17 per share, or $19.2 million in the second quarter on revenue of $212.8 million. Of note is the fact that revenues rose by over 25%. In the quarter, the company saw expenses of $9.1 million to settle departing executives' contracts as well as $1.5 million of expenses associated with the proxy battle that was responsible for the change in management.

In the earnings call, interim CEO Terry Ackerman said: "If these unusual expenses were excluded, our core financial results for the second quarter of 2013 were respectable." The company maintained production guidance for 2013 at 500,000 ounces of palladium and platinum. With upticking demand for industrial uses, the company is in good shape.

Start your engines
While Ackerman acknowledged that prices had dipped with the weakness experienced by other precious metals, that slide has not been as severe: "Despite the dip in market prices, PGMs, and particularly palladium, have continued to benefit from strong automotive demand in North America and China, offset in part by the lack of recovery in the European auto markets." Palladium is an important input to the automotive sector, which has seen real strength recently.

The recently revised estimates from Autodata for light-vehicle sales in July jumped to 15.8 million, and Ward's Automotive Group's sales number of cars and light trucks came in at 15.6 million after hitting 15.9 million in June. Drilling down to the company level, General Motors (NYSE:GM) posted sales increases of 44% for full-sized pickups and 42% for small cars in July. Ford (NYSE:F) saw sales of small cars rise 32%, faster growth than the 23% for the F-Series pickups. The overall message is that the automotive recovery in the U.S. has legs and this is great news for Stillwater and palladium demand. 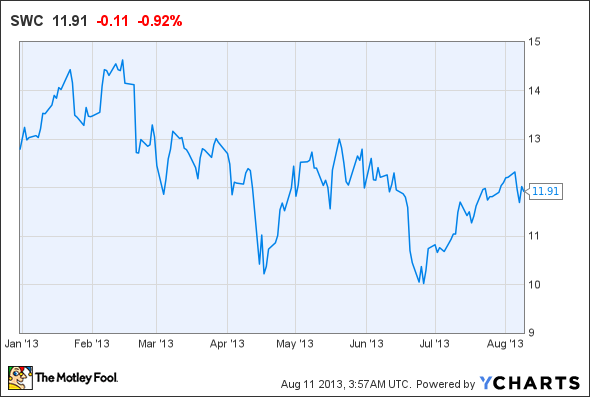 Buy, sell or hold?
Ultimately, Stillwater looks well positioned to perform from here. The market has not taken full notice of the stock, in my opinion, because management shake-ups are never well received, and the headline earnings number is weak. Below the surface, the company is heading in a positive direction with the new board and Ackerman at the helm. Aided by solid growth in demand from autos, as well as weak supply out of South America, Stillwater has plenty of upside and looks attractive at current levels.