Nuclear has often been touted as the holy grail of U.S. energy independence. But the fuel may not be as different from Arab oil as we like to think – here's why.

Got uranium?
Nuclear energy has the advantage of being produced anywhere. Build a plant, ship in some uranium, and it's "lights on" for the local municipality, state, or even region. With 104 reactors spread across 31 states, nuclear provides America with 20% of its total electricity supply . Those numbers are growing, too. Southern Company (NYSE:SO) recently shattered a 30-year stagnation in 2012 when it received construction approval for two new units scheduled to come online by 2017 . 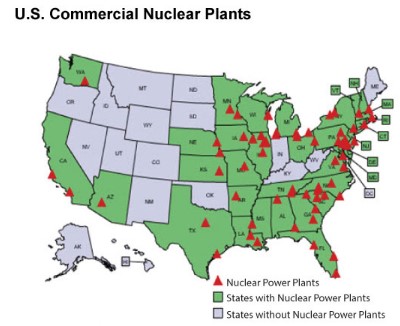 The United States generates more nuclear power than any other country in the world, clocking in at almost 800 billion kilowatt-hours in 2011. 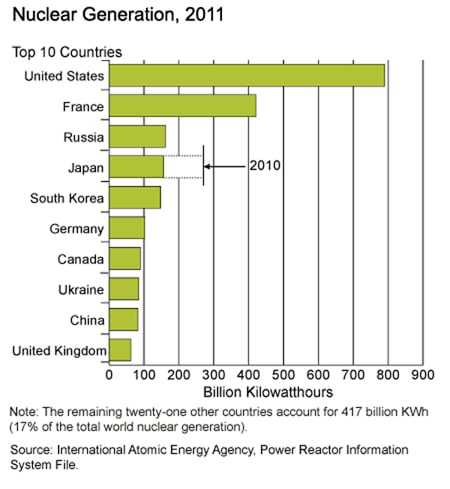 But therein lies the problem. Although the idea of nuclear is awfully nice (who doesn't love baseload power plopped down wherever it's most demanded?), the energy still needs one key ingredient to make it move: uranium.

And unfortunately for the United States, uranium isn't always American. A new report published by the Energy Information Administration shows that just 17% of the uranium purchased by U.S. nuclear owners and operators came from within our own borders. Canada's contribution clocks in at 24%, but things get trickier from there. If you think nuclear spells energy independence, try spelling Russia, Kazakhstan, Namibia, Uzbekistan, and Niger . 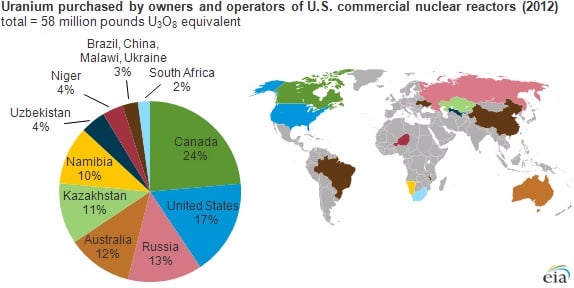 Nuclear generation is necessarily concentrated, and Exelon (NYSE:EXC) alone is responsible for 20% of our nation's nuclear energy. Its 19,000 MW fleet is literally responsible for 4% of our total electricity supply .

If that sounds crazy, taking uranium to its sources means that Russia is responsible for 2.6% of our nation's electricity, with Kazakhstan energizing another 2.2%. With 8,450 MW of nuclear to its name, Duke Energy (NYSE:DUK) produces less electricity (1.8% of total) than each of these two countries ultimately provide us in power-pulling uranium .

It ain't cheap, either
Not only is nuclear not the independent source many claim, it's also getting more expensive. U.S. uranium costs users $59.44 per pound, but foreign-sourced uranium is hardly a steal at $54.07. Prices skyrocketed in 2006 before tapering off during the Great Recession. As energy demand picks up again, uranium could cost an even prettier penny . In 2012 alone, rough calculations put Exelon's uranium expenditures at $638 million, Duke's at $282 million, and Southern's at $233 million .

Uranium...or kryptonite?
The future of nuclear is unclear. Every energy investors knows that natural gas has taken a bite out of nuclear sales, but the real question remains: Can the U.S. afford to increase its energy dependence on uranium-rich countries? The recent conflict in Syria has frosted over already icy U.S.-Russia relations, and plenty of other countries offer less-than-amicable allies with less-than-intact governments. Nuclear is not the steadfast fuel most believe it to be, and investors will need to watch its future with a careful eye.